MOURINHO: CHELSEA PLAYERS ARE THE WRONG TYPE OF CHAMPION 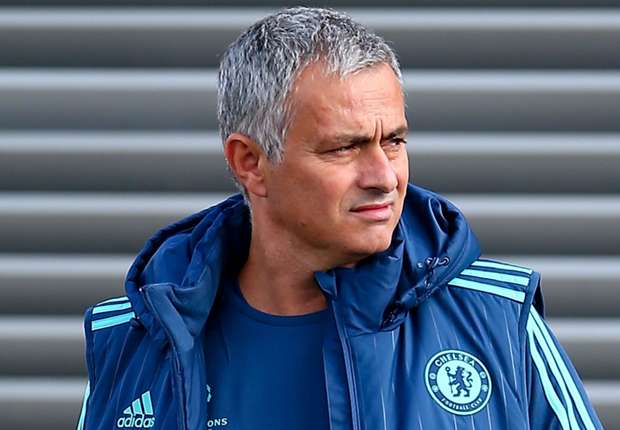 Ahead of a meeting with his former club Porto,

the Portuguese laid down the gauntlet with a

threat to senior players as he called the

mentality of his squad into question.

Jose Mourinho has questioned how many

"serial champions" there are at Chelsea as they

bid to find some momentum in Tuesday's

The Blues produced a stirring second-half

comeback to recover from 2-0 down at

Newcastle United on Saturday and claim a 2-2

points from seven games in their defence of the

cast doubt on the mentality of many in his

"I've explained to the players that when the

situation is open, I have to try and prepare the

kids for their future and, at the same time, bring

the best out of the players with more

experience," he explained during a press

"But if the season becomes 'closed' and we

can't win trophies, I will go just with the kids

Mourinho also suggested that many of his

squad are the wrong type of champion.

"There are two sorts of champions. There are

those who win something, and there are lots of

"But there are the other champions who, during

"In this club we have 25 champions from last

year, but serial champions in this squad? John

are serial champions. Almost every season

they have something in the pocket. But how

many other serial champions do we have?

"Last year we were champions, but the point for

me is are we serial champions? Of course it's

very difficult to win every season, but you can

be a serial champion in your approach and your

"Mentally I can say I am a serial champion. I

can be five or 10 years without winning a title,

but I will still be a serial champion in my

approach and my attitude. This is the problem

we have at this moment. We have champions,

but not serial champions.

"At this moment it's difficult to win the Premier

League, but possible. It's difficult to win the

Champions League, but possible. It's difficult to

win the cups, but possible."