BENITEZ: RONALDO NOT ANXIOUS OVER LACK OF GOALS 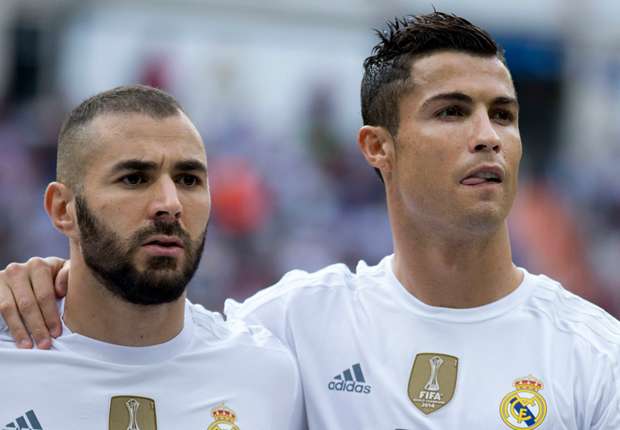 The Real Madrid coach insists his side must not

rely solely on the Ballon d'Or winner to provide

their goal threat when they face Malmo in the

anxious about his lack of goals this season and

has backed him to find his scoring touch for

Real Madrid against Malmo in Wednesday's

The Portugal star has scored eight times so far

this season but all of those goals came in just

two matches, as he netted against Shakhtar

Donetsk in the Champions League and Espanyol

However, Ronaldo is by far the most frequent

shooter in the Spanish top flight, having had 41

attempts in six games - Lionel Messi is next

fire again on Saturday for failing to score in a

0-0 draw with Malaga, but Benitez insists the

likes of Isco and Jese Rodriguez must help

"Is Ronaldo anxious? He is quite well, as is the

rest of the team. We created a lot of chances on

Saturday and we did not concede. But yes, we

have to increase our accuracy," said the Madrid

boss ahead of Wednesday's game.

"The players were not calm enough to make the

best decisions because they were so eager to

"I see Cristiano as I see the the rest of the

team. When the team creates chances,

Cristiano has the opportunity to score. I'm sure

he'll score goals, he's a guarantee for goals. He

has my absolute confidence.

"I think it's normal that Malmo are thinking

about stopping him, he has fantastic attacking

"Our second line of attack needs to improve its

goal tally, too. Players like Isco and Jese. We

can't only rely on Karim Benzema and Cristiano.

"In this case, what's important is to continue

encouraging and motivating all of the players

who score the team's goals. It's only a matter

of time until our attacking players start scoring

Benitez has been criticised in some quarters in

Spain for being too defensively-minded for

Madrid, but the former Napoli boss has

shrugged off such comments.

"There is no Benitez 'method'. We try to be

more solid in defence without losing the quality

in attack," he said.

"You have to rotate when you're at a team like

Real Madrid. I think a team with this quality

allows that. But the difference lies in the quality

"If you're in the Champions League it's because

you're of a standard. We have to play to our

best as they will leave everything out on the

"We have to play in the best way possible.

We've prepared for the game and studied