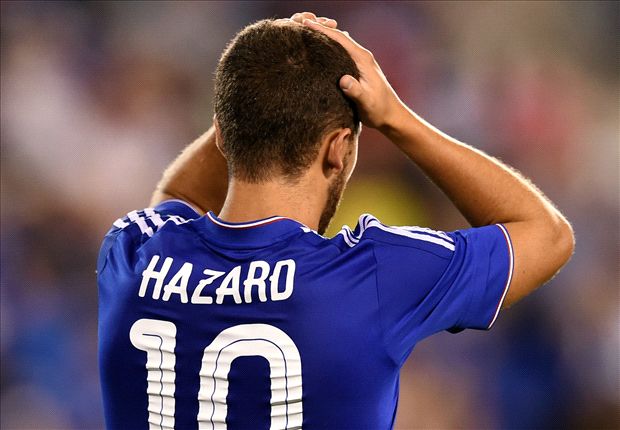 The Belgium international is only on the bench

for the trip to the Estadio Do Dragao with Willian

and Ramires coming into the side after goals

clash with Porto on Tuesday.

The Portuguese has left the Belgium

international on the bench, alongside John Terry

and Nemanja Matic, as he returns to his former

side and says he needed to freshen his team

"I decided to bring in two fresh players â€“ Mikel

and Ramires â€“ to midfield. Also because Porto

play in their league, they had one extra day," he

"One extra day when it's three or four [days]

doesn't make too much difference but when it's

two or three it makes a real difference so I

decided to come with a fresh midfield because I

know the game is going to be very intense.

"They are powerful in midfield, they have

physicality and quality. They have very strong

people in midfield. I decide to put in fresh legs."

defence alongside Gary Cahill while Willian and

Ramires, both scorers after coming on as

substitutes against Newcastle on Saturday, are

restored to the starting line-up.

Branislav Ivanovic captains the side while there

is also a rare start for John Obi-Mikel as

Chelsea look for their second win of the group

stage having beaten Maccabi Tel-Aviv 4-0 in

League's highest appearance maker as he

makes his 152nd appearance in the competition

while Yacine Brahimi is fit to start after a knee