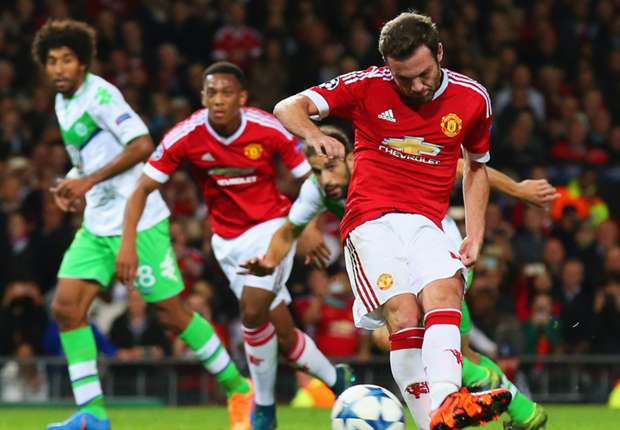 The Spaniard converted from the spot in

he is now ahead of Wayne Rooney in the

Juan Mata has revealed that he is now

ahead of Wayne Rooney, with the Spaniard

having scored from the spot in Wednesday's

The former Chelsea playmaker stepped up to

slot home past Diego Benaglio in the 34th

Old Trafford at the time, with Daniel Caligiuri

having given the visitors the lead.

with an extravagant flick into Chris Smalling's

path, has revealed that Louis van Gaal has

decided he is now the club's penalty taker,

ahead of skipper Rooney.

of penalty takers and I'm the first right now so I

"It was a very tough game. We were defending

in the last minutes because we were physically

very tired. They were pushing and pushing but I

think we did what we had to do which was win

after the first game that we lost in Holland, and

we are happy today."