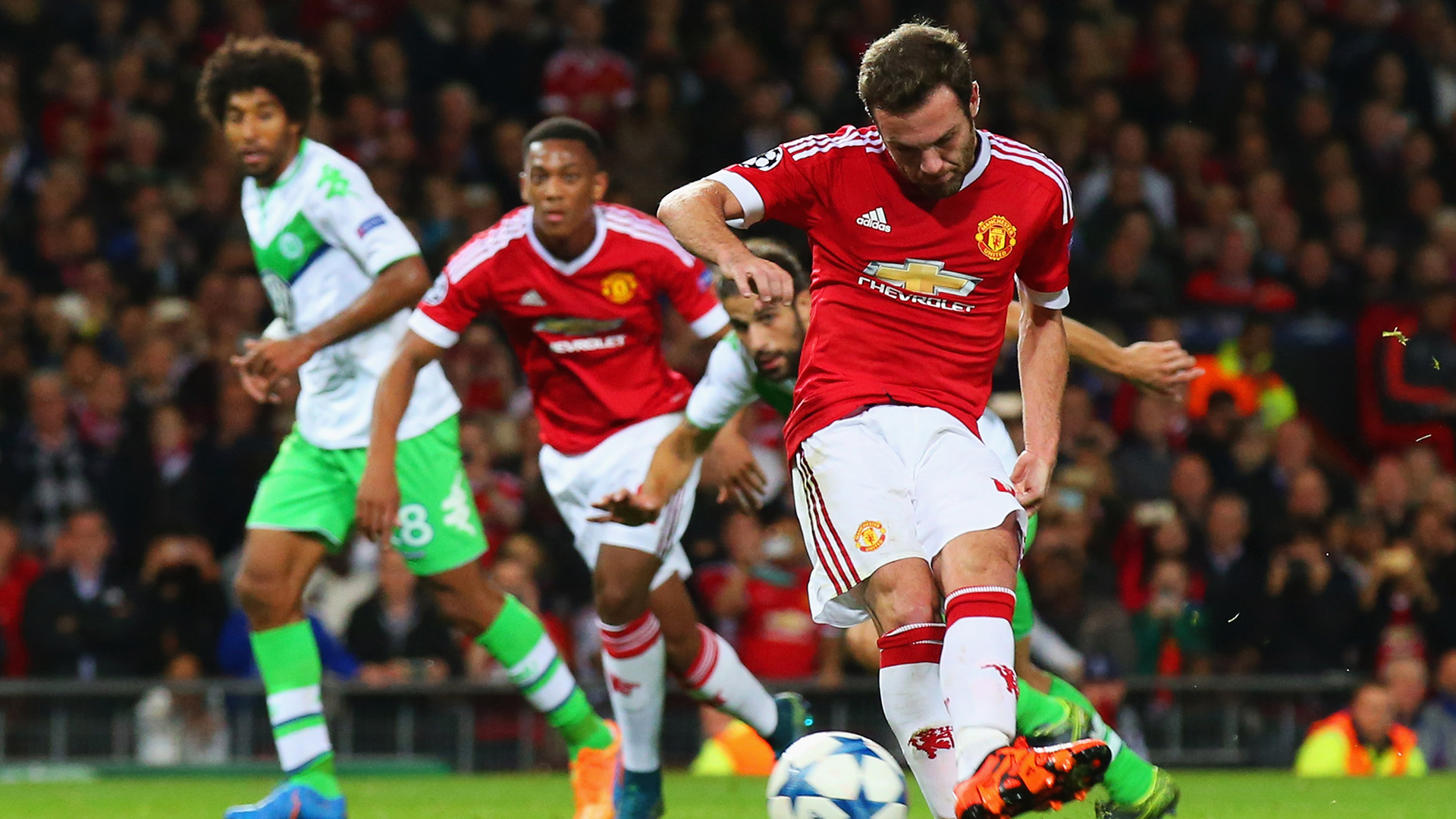 The Dutchman refused to heap praise upon the

Spanish midfielder despite his decisive role in

United's comeback win against Wolfsburg on

Louis van Gaal has refused to single Juan Mata out

for praise despite the midfielder's starring role in

Manchester United's 2-1 win over Wolfsburg on

The Spain international converted a penalty and set

up the winner for Chris Smalling as the Red Devils

recovered from a Caligiuri goal in the fourth minute

to beat the German side in the Champions League

Despite Mata's decisiveness in the game, Van Gaal

was adamant that he is capable of even better and

would not praise him highly in his post-match

"I don't talk about individual performances, but I

have seen Mata playing better than he did against

Wolfsburg," he told reporters when asked about

"I can say as a manager that he played very well

The Dutchman was pleased with many aspects of

his side's display but feels they must remain

grounded as they look to build on their first win of

"In the first half I was very pleased with my team -

not the first five mins of course - but when you

can do that when you are behind, and create so

many open chances, you are unlucky.

"But then we went out for the second half and we

continue with our spirit and we created a beautiful

goal I think. But after that we were not good

anymore and that is remarkable because we have

back in the game. The team spirit kept us in the

"We have to keep our feet on the ground, and we

have to improve a lot to be near the top of Europe.

We have beaten Wolfsburg but we have to improve,

"That's why we are here - to improve ourselves

and to win every game. We have won today but it

could have been better. We deserved to win

because we create many more chances than

The coach was happy with Smalling's display,

insisting he did more than score the crucial

defensively. And the way he scored a goal was

outstanding, especially for a defender, and

especially for him because he has not been doing