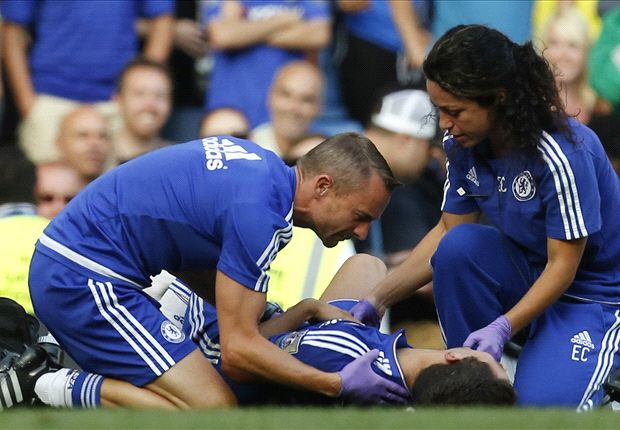 during September after drawing the

Portuguese's ire, and has now broken her

silence to hit out at English football's governing

her departure from Chelsea, criticising the

Football Association for their role in her

Carneiro tended to Eden Hazard on the pitch

during a 2-2 draw with Swansea City on August

8 but subsequently drew the ire of the Blues

manager, with the club briefly left with nine men

Mourinho criticised both Carneiro and her

showed that they â€œdid not understand the

Carneiroâ€™s role was subsequently reduced, and

it was widely reported that she elected not to

return to work despite being asked to do so

prior to her departure in September.

And the 42-year-old has now spoken publicly

for the first time, hitting out at the FA for failing

to ask her to give a statement during an

investigation into the incident.

â€œI was surprised to learn that the FA was

allegedly investigating the incident of August 8

via the press,â€ she said.

the only formal investigation in this country

where the evidence of the individuals involved

in the incident was not considered relevant.

Choosing to ignore some of the evidence will

surely influence the outcome of the findings

â€œLast season I had a similar experience at a

game at West Ham, where I was subject to

verbal abuse. Following complaints by the

public, the FA produced a communication to the

press saying there had been no sexist chanting

during this game. At no time was I approached

for a statement despite the fact that vile,

â€œIt is incidents such as these and the lack of

support from the football authorities that make it

so difficult for women in the game. I admire

what Heather Rabbatts has done and thank her

and friends and colleagues who have supported

me at this very difficult time.â€

FA board member and renowned lawyer

and angerâ€ at her exit.