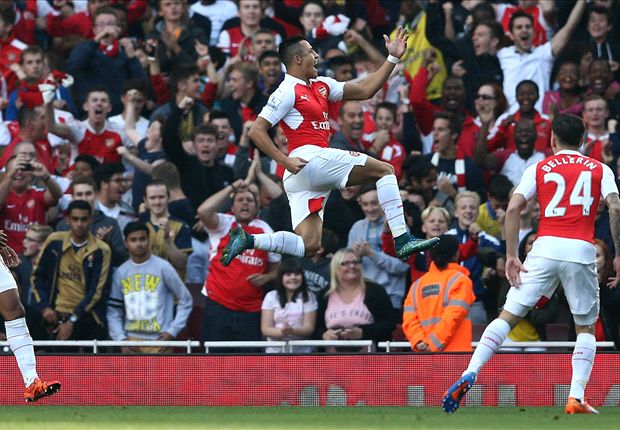 The Gunners legend has challenged Arsene

Wenger's side to kick on and finish on top of the

pile in the Premier League after Sunday's

and win the title after Sunday's impressive 3-0

The Gunners cruised to victory at the Emirates

Gaal's side unable to find an answer.

The result moves Arsenal up to second in the

City, and Henry has challenged the north

Londoners to capitalise on their strong position

and deliver their first title since 2004.

He told Sky Sports: "For me they must win the

league this year. They must win it.

"I don't know if they'll get a better chance than

this season. They must win it this year."