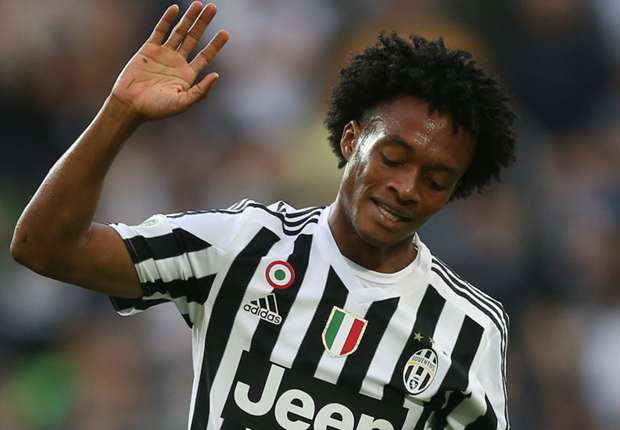 Both the Colombian and the Bianconeri are keen to make the 27-year-old's loan deal permanent at the end of the 2015-16 campaign, though the Blues may hold out for â‚¬25m .

Juventus are hoping to agree a â‚¬20 million (Â£14.8) deal with Chelsea for the outright purchase of winger Juan Cuadrado.

The Colombia international joined the Italian titleholders on a year-long loan deal just before the close of the summer transfer window.

The former Fiorentina attacker has unsurprisingly had little trouble settling back into Serie A, quickly becoming a regular in Massimiliano Allegri's starting line-up, and Juve now want to make the move permanent at the end of the 2015-16 campaign.

Indeed, the Old Lady is readying a â‚¬20m offer for Cuadrado, though Chelsea are believed to be looking for closer to â‚¬25m for a player that they only signed from Fiorentina for Â£23.3 million (â‚¬32m) in January.

Regardless, the Blues are not presently willing to start negotiation a fee, as they have more pressing on-field matters to contend with at the moment, with Jose Mourinho's future as manager in doubt after a dismal start to the Premier League champions' title defence.

However, Chelsea are keen to offload the 27-year-old, who managed no goals and just one assist in 15 appearances for the club before sent to Turin.

Consequently, Cuadrado's agent, Alessandro Lucci, is expected in London in the coming weeks to discuss his client's long-term future.

Juve are keen to wrap up a deal for the South American as quickly as possible, as the ex-Udinese ace is not short of admirers, particularly in Spain.

Cuadrado, though, is happy in Turin and is hoping that his stay will be made permanent as soon as possible.