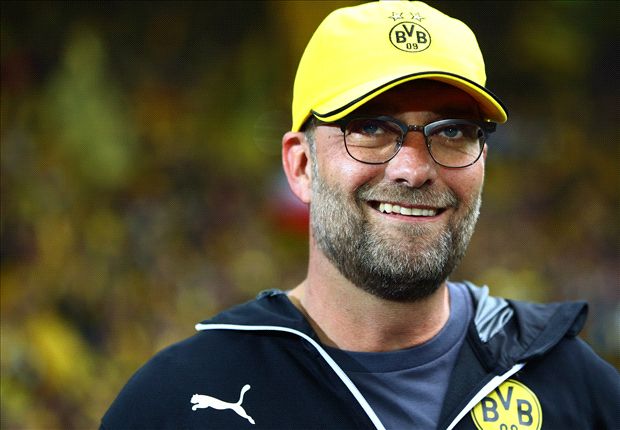 Official talks between Liverpool and Klopp will take place this week with the club confident of appointing a new manager ahead of their next fixture away at Tottenham on October 17.

Klopp won two Bundesliga titles during seven years with Borussia Dortmund and is considered by Liverpool owner Fenway Sports Group as an ideal fit to take over at Anfield.

The club sounded out the 48-year-old over the summer but kept faith with Rodgers after being told that Klopp was not yet ready for a new job after leaving Dortmund at the end of last season.

Now Klopp is ready to return to management and is attracted by the prospect of fulfilling his ambition to manage in the Premier League at a historic club like Liverpool.

Former Real Madrid and Chelsea manager Carlo Ancelotti is also out of work and under consideration by Liverpool chiefs.

But Klopp is the clear first choice following Rodgersâ€™ sacking on Sunday after a 1-1 draw in the Merseyside derby against Everton.

The availability of Klopp and Ancelotti is believed to have been prominent in Liverpoolâ€™s considerations when they decided to sack Rodgers ahead of the two-week international break.

Rodgers was sacked via telephone by FSG president Mike Gordon, with some suggestions that the decision was made on the Northern Irishmanâ€™s future over a week ago.

The Reds still have to agree a compensation package with Rodgers, who leaves the club 10th in the Premier League table with 12 points from eight matches.

Rodgersâ€™s fate was sealed by a string of poor results including heavy defeats to West Ham and Manchester United as well as home draws with Norwich and Sion.

Liverpool spent Â£88 million on new players over the summer and FSG believe another manager would get more out of the squad and challenge for a top four finish.

Rodgersâ€™s replacement would be expected to work with the transfer committee in recruiting players, a system that has caused considerable friction within the club.

Rodgers, 42, felt that his hands were often tied in the transfer market by the need for a full consensus on transfer targets and the clubâ€™s focus on signing young players whose market value would increase.

The former Swansea City boss joined Liverpool in 2012 as replacement for Kenny Dalglish and almost led the club to their first league title since 1990 in the 2013-14 campaign as they finished second in the table.

He came under pressure after finishing sixth last term in a season that included a limp FA Cup semi-final defeat to Aston Villa and an embarrassing 6-1 loss at Stoke on the final day of the season.

Rodgers held on to his job in the summer following an internal review led by Gordon but was unable to improve results after winning just four of Liverpoolâ€™s 11 games so far this season.