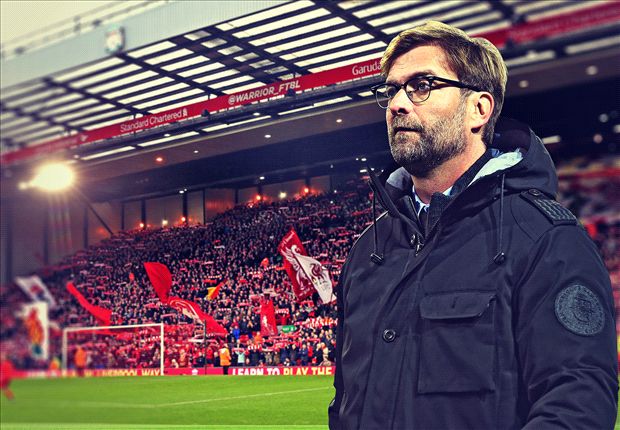 The former Borussia Dortmund coach will arrive at Melwood on Thursday to pen a three-year deal less than a week after Brendan Rodgers was axed by Fenway Sports.

Jurgen Klopp has agreed a three-year deal to become the new manager of Liverpool, with the club expected to make the announcement on Thursday evening,Goal understands.

The 48-year-old, who Fenway Sports Group have twice before attempted to lure to Anfield, will be unveiled in a press conference scheduled to take place at the stadium on Friday.

In the immediate aftermath of Brendan Rodgers's axing, Liverpool vowed to move in a â€œdecisive, timely mannerâ€ to fill the vacancy and made the former Borussia Dortmund coach their first choice.

The owners were encouraged by talks with Klopp, who showed the enthusiasm and energy required to inject some life back into the squad as well as enliven the atmosphere around the club.

The two-time German Manager of the Year will arrive in the city on Thursday afternoon to ink a deal and familiarise himself with his new surroundings.

He has reshuffled the backroom set-up, with Sean Oâ€™Driscoll and Gary McAllister no longer part of the coaching unit. The latter will be offered a different role at the club. Pepijn Lijnders, however, will remain to work on first-team development. The trio formed part of a new technical approach Rodgers had only just put into place this summer.

Glen Driscoll, head of performance, and Chris Davies, head of opposition analysis - both of whom were recruited by the Northern Irishman shortly after he was appointed in 2012 - have also been let go.

Kloppâ€™s trusted assistant Zeljko Buvac, and his technical analyst Peter Krawietz, will join him at the club.

Their first test is the trip to Tottenham on October 17.