I was overweight - Diego Costa 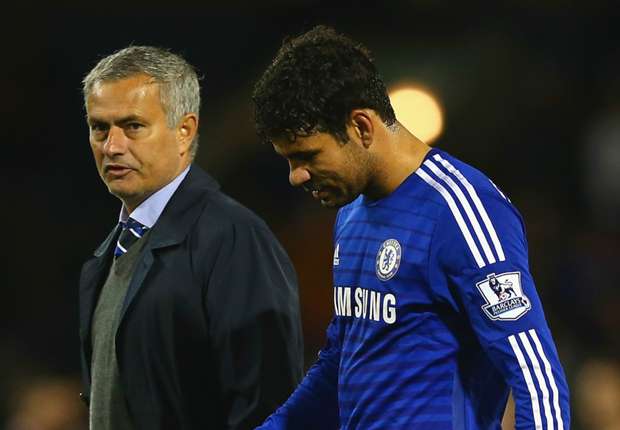 The striker has accepted he was out of shape at the start of the season and says it affected his game.

Chelsea striker Diego Costa has admitted he was 'overweight' after letting his diet slip over the summer.

The 27-year-old has scored just one goal in eight league games this season and blames himself for his lack of discipline.

"I got injured at the end of the season and then I went on holiday," the former Atletico Madrid forward said.

â€œMaybe I got out of my diet and when I came back I was not the way I was supposed to be. I was a little bit overweight. That affected my game."

The Blues have recorded their worst start to a season for 37 years and Costa believes complacency has played a key role in their undoing.

â€œYou can be selfish and blame it on the manager but Iâ€™m not going to do that. Iâ€™m responsible 100 percent and so are the other guys," he continued.

â€œWe need to blame the players because we came back from holiday very confident. We thought we could go back into the way that it was last season.

â€œThen, by the time we actually realised the situation we were in, the team was already in a bad position. All we can do now is train very hard, work very hard and try to get back to where we were last season."

Mourinho recently admitted he was experiencing the 'toughest moment' of his managerial career, but Costa has hailed his boss as one of the very best in the game.

â€œIf you ask a million players who they want as their manager, they will all come back with a top three list of Mourinho, Guardiola and Diego â€˜Choloâ€™ Simeone," he added.

â€œIt was one of the reasons I joined Chelsea. You know when you have a manager that is always successful, is always in the title race and always playing in the Champions League.

"He is competing at the top level, he is going to help you develop and become a better player. And help you win titles in your career.â€