Chelsea and Arsenal fined by FA after feisty encounter 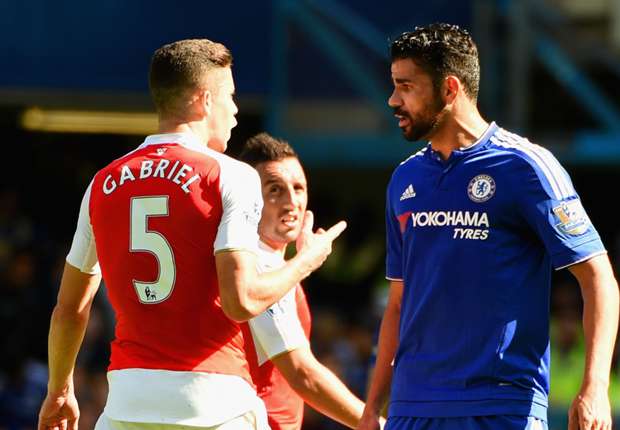 The Premier League champions and FA Cup holders have been punished over an incident involving Diego Costa and Laurent Koscielny during the sides' encounter.

Chelsea and Arsenal have received fines from the Football Association (FA) following the ill-tempered clash between the teams at Stamford Bridge last month.

According to an FA statement released on Thursday, reigning Premier League champions Chelsea and FA Cup holders Arsenal must pay Â£40,000 and Â£30,000 respectively and have been warned over their future conduct for failing to ensure their players conducted themselves in an orderly fashion during the match.

Arsenal had Gabriel and Santi Cazorla sent off in the 2-0 loss to Jose Mourinho's team, while the hosts' Diego Costa was later charged and suspended for three matches for his part in a flashpoint with Laurent Koscielny that took place late in the first half.

Costa also clashed with Gabriel, who was dismissed for kicking out at the striker after a bout of verbal jousting, although the Brazilian's own three-game ban has since been rescinded by the FA.

Watford, meanwhile, have been charged for failing to ensure their players conducted themselves in an orderly fashion late in their 1-1 draw at Bournemouth on October 3.

The club has until 6pm (BST) next Monday to respond to the charge.