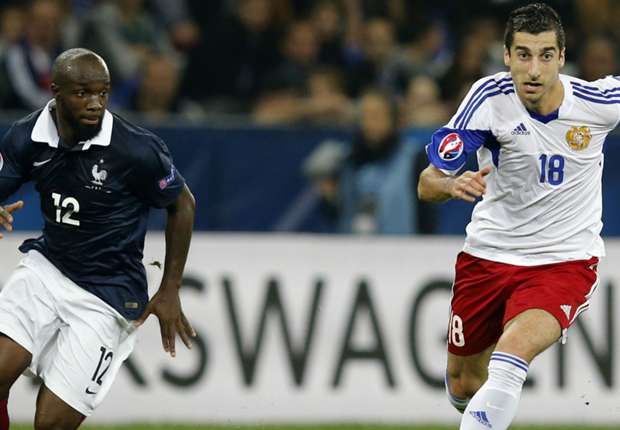 The Marseille playmaker had been out in the cold for Les Bleus for several years, but came back to make a decisive impact and his boss highlighted his intelligence. France coach Didier Deschamps has praised Lassana Diarraas a "top tier" player, after the midfielder made his first international appearance in five years during Thursday's 4-0 friendly win over Armenia.

Karim Benzema's double late in the second half helped seal a comprehensive win for France in Nice, with Antoine Griezmann and Yohan Cabaye having put them in command earlier on.

Diarra earned a recall to the national side after impressing for Marseille since his arrival as a free agent in the close-season and Deschamps has claimed that the midfielder is a player of the highest level.

"He has intelligence, he has everything and in such an important strategical position," he told TF1.

"It's so good to have the choices I have. Lass is a top player, a top-class performer who has experience.

"As a team, we played at our best. We punished Armenia when fatigue set in and that allowed us to score four goals.

"We say that it is only against a team like Armenia but we still had to score them. We could have scored more but it is a good result."