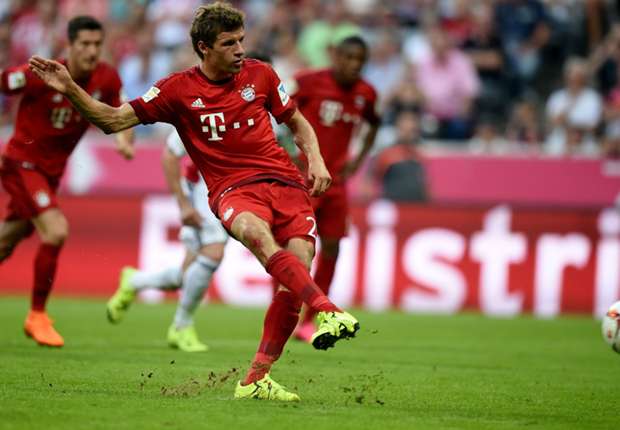 The Bayern Munich forward says the spending power of English clubs is a good thing for football and suggested the money on offer may one day prove difficult to turn down. Thomas Muller has suggested he could leave Bayern Munich in favour of a move to the Premier League if a big-money offer comes in.

Bayern chairman Karl-Heinz Rummenigge recently revealed that Manchester United attempted to sign the Germany international during the most recent transfer window, before stressing that the Bundesliga champions have no intention of selling the 26-year-old.

However, Muller has refused to rule out a move to England in the future.

"In the end, we should not forget that playing football is our job," Muller told Welt am Sonntag.

"So people should accept that wages will always play a role in a player's decision-making. Of course, the wages that are being paid in the Premier League are very tempting. It would be hypocrisy to deny that.

"You have to look at the complete package to determine whether something is right for you. What's good for you one day will not necessarily still be good for you the day after.

"I know that a lot of German clubs are unhappy with the Premier League clubs' spending, but I think it is something good for all clubs in the end. It can only be a good thing for football when clubs invest so much money."

Muller has a contract with Bayern until June 2019.