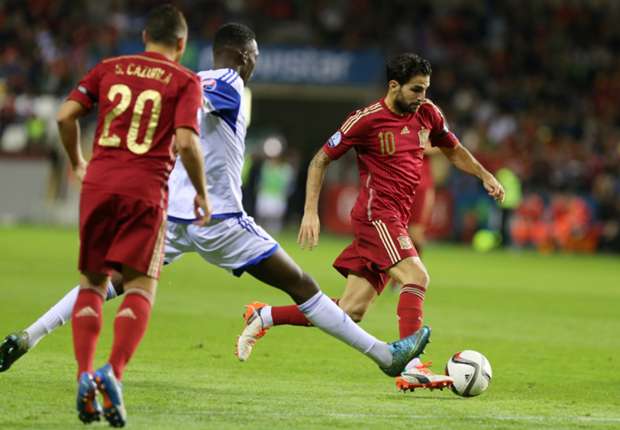 The midfielder joins the likes of Iker Casillas, Xavi, Raul, Fernando Torres and Sergio Ramos in surpassing the milestone of a century of caps.

Fabregas made his debut at just 18, in which he helped his side to a 3-2 win over Cote d'Ivoire in 2006. Over nine years later, he remains a key part of the national set up and remains one of their 10 most capped players.

The 28-year-old has won a World Cup and two European Championships with La Roja and, having already qualified as top of Group C ahead of the game against Ukraine.

The Chelsea player and his country will be hoping to retain the European title for a second time as they continue their recovery from a brutal 2014 World Cup campaign from which they were eliminated at the group stage.