Roma is the strongest team in Serie A - Ancelotti 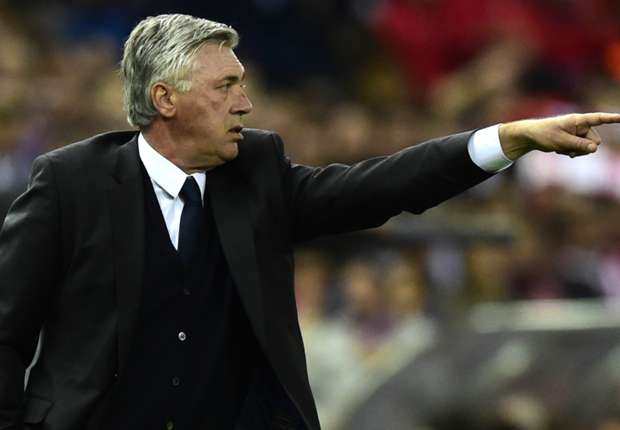 Rudi Garcia's men are four points behind the league leaders after seven games and the former Real Madrid boss believes they could win the title this season. Carlo Ancelotti believes Roma are the Serie A team with the most quality, but refused to back them as the favourites in a "very strange" title race.

The Giallorossi are currently four points behind league leaders Fiorentina, having suffered just one defeat, but they sit six ahead of reigning champions Juventus, who have won just twice this term.

Ancelotti thinks Rudi Garcia has impressive talent at his disposal and is concerned by the defensive issues AC Milan and Inter are struggling with despite a prosperous summer transfer market.

"It is truly a very strange campaign â€“ it is open and absolutely anything could happen," the 56-year-old told Corriere dello Sport.

"Fiorentina are doing very well and they have surprised the big clubs, who changed a great deal over the summer. They are on top and tied to the uncertainty of who will be there at the end.

"We do not know who will win the title, maybe even Fiorentina, Napoli or Roma, or Juventus could fight back.

"Roma are the side with the most quality and they can win the Scudetto. In attack there is Edin Dzeko, Mohamed Salah, Gervinho and Iago Falque, plus Francesco Totti. In the middle Radja Nainggolan and Miralem Pjanic bring equal doses of strength and technique.

"There are only a few problems at the back, but right now they seem to be the most reliable team. Daniele De Rossi playing in defence is a bit of a fad after Javier Mascherano at Barcelona and Javi Martinez at Bayern Munich.

"It is disconcerting that Milan and Inter have conceded so many goals, especially as they brought in players of a very high level like Miranda, Jeison Murillo, Geoffrey Kondogbia, Carlos Bacca and Luiz Adriano - all players that the biggest clubs in Europe wanted.

"I have only seen Napoli once, against Empoli in what was perhaps their worst performance. I do like the team for their organisation, speed and technique. Napoli can absolutely win the Scudetto.

"I really liked Maurizio Sarri's Empoli last season, as they were a dynamic side with a precise identity and attacking football. If the quality of the Napoli players marries the quality of Sarri's organisation, then the fans will have fun."

Massimiliano Allegri's Juve have struggled in 2015-16 so far having won the title in the previous four seasons, but Ancelotti feels that is understandable.

The former Real Madrid coach added: "Juventus changed a great deal. Andrea Pirlo, Carlos Tevez and Arturo Vidal are formidable players, fundamental for their style of play and the level of the side.

"They were replaced by young players who still need to settle in. It is not easy to find an alternative to Pirlo from one day to the next. Claudio Marchisio would have fit the bill, but he has been injured and Allegri was forced to change within the change.

"However, in the most difficult games of the season, Juventus have done well, beating Manchester City and Sevilla."