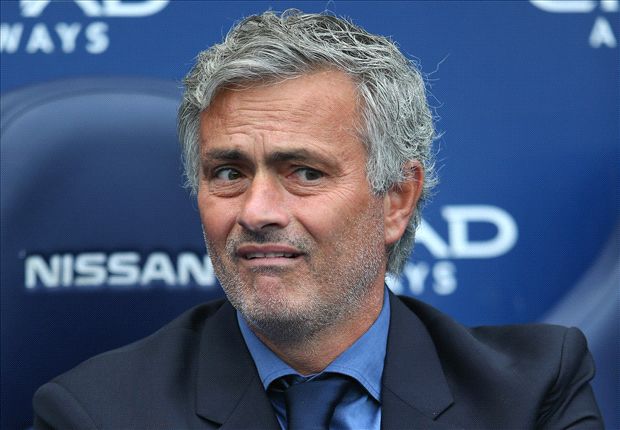 The Chelsea boss admitted to a breach of FA

rules following his comments in the wake of the

3-1 defeat to Southampton, and has been given

Jose Mourinho has been handed a suspended

comments made after Chelsea's defeat to

Southampton, in which he criticised the officials

for not awarding his side a penalty.

Mourinho claimed that referees were "afraid to

give decisions to Chelsea" after seeing his side

beaten 3-1, and effectively dared the Football

Association to issue him with a punishment.

once more we don't get and a penalty is a

crucial moment in the game with the result at

1-1, and I repeat that if FA wants to punish me

they can punish me, they don't punish other

managers but they punish me, it's not a

Mourinho has now been given a suspended ban

after admitting to a charge of breaching FA

rules, with the governing body warning the

Portuguese that the suspension will be invoked

if he is punished for a similar breach again.

A statement from the FA read: "Jose Mourinho

has been given a suspended one-match

admitted a breach of FA Rules in relation to

"The Chelsea manager was charged for

misconduct following the game against

"It was alleged his remarks constituted

improper conduct in that they alleged and/or

implied bias on the part of a match official or

match officials and/or brought the game into

immediately invoked should he be found by an

Independent Regulatory Commission to have

committed a further breach of FA Rule E3 for