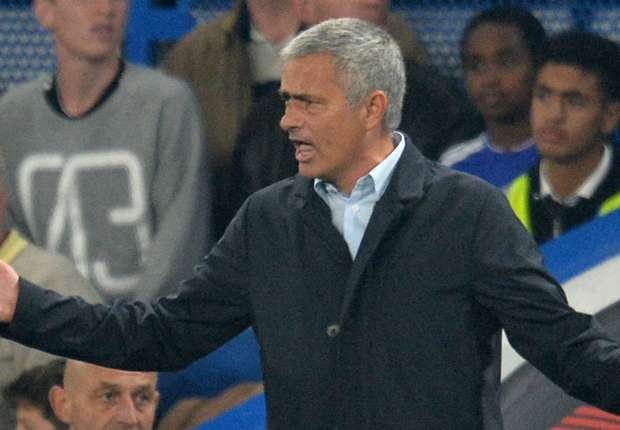 The champions have won only once at home in the Premier League this season ahead of Saturday's clash with Aston Villa. Jose Mourinho admits Chelsea have lost their fear factor at Stamford Bridge.

The Premier League champions have made a poor start to the season, winning only two of their opening eight matches - a run of results that leaves them in 16th place in the table.

And when asked if teams are no longer afraid of playing Chelsea, Mourinho replied: "Maybe. One thing is to go to a stadium where there is a huge percentage of defeats for the away team.

"Another thing is to go to a stadium where the home team in the last four games has won only once.

"I really believe every team coming to Stamford Bridge doesn't fear us. They think they can get a result.

"We cannot run away from the reality of the Premier League table before the game starts. The numbers are very cruel but they are objective and we need points."

Mourinho was again asked about reports suggesting senior players were unhappy and rejected claims the international break had been a positive thing for his squad so they could get away from the mood around Stamford Bridge.

"What people write or think I don't know how to stop that or what to do. To be fair that is not a big concern for me. We need to win matches for us, for our club, for Chelsea supporters,â€ he said.

"We have to win matches and we know that, but how to stop bad stories and unfair stories I don't know and we are not to be worried with it.

"I do not see a player not happy to be here or unhappy when they are together, so I don't think their time with the national team was either a good thing for them or a bad thing for them.

"Obviously it is an honour for every player to be called up for the national teams and they like to go. But they are happy to be here too and I don't think the break changes anything."