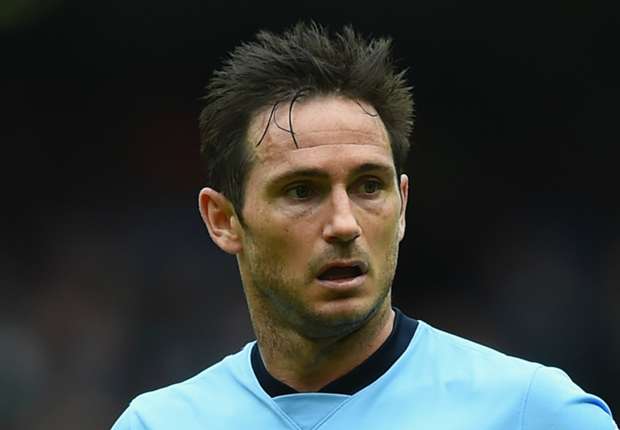 Lampard has endured an injury-interrupted first season in New York and the veteran has no plans to seek a temporary move away.

The former England international was announced as a New York City player in July 2014, but he did not make his debut until August this year as an extended loan spell at Manchester City and injuries, namely his calf, delayed his long-awaited bow.

Lampard was asked about his off-season plans on Thursday following reports linking City captain and team-mate David Villa with a loan return to Europe, and 37-year-old replied:

"I need the rest to be fully fit next year for the club.

"I wish I could have not had the injuries, but every player has to accept that injuries come along sometimes.

"My aim now is to manage myself well for next season, to finish this season on a high, have some breaks at times, but keep ticking over, have a really good pre-season and throw everything into next year."

Expansion club New York City are out of the play-off race with two matches remaining in the regular season.

City are eighth in the 10-team Eastern Conference on 37 points, eight points adrift of the sixth and final post-season spot occupied by Montreal Impact.

"The important thing is to be professional to each other, individually to do the right thing for the last few games and for the fans and people who have supported us the full season," Lampard said.

"We have to try and put in two good performances, two wins and finish on a high."

"I look forward to having a full year, cracking in next year and hopefully starting the season well, getting into the play-offs, which I think we should be as a club, and having a real crack at it."