Juventus do not fear Inter - Allegri 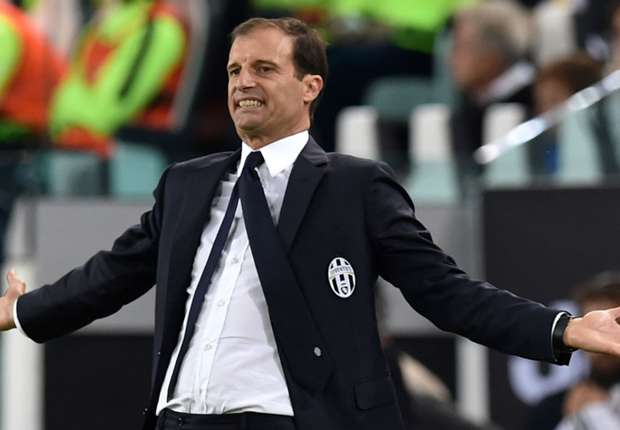 Despite claiming their rivals are title favourites, the Bianconeri coach insists his men must just focus on their own performances this Sunday

Juventus have no fear ahead of their Derby d'Italia meeting with Interon Sunday, according to coach Massimiliano Allegri.

Defending champions Juve have endured a poor start to the campaign, sitting 12th on the table with two wins from their opening seven fixtures.

Roberto Mancini's team are in second position with 16 points - eight more than the Bianconeri have - though Inter have not beaten Juve at San Siro in Serie A since 2010.

And despite his side's poor domestic form, Allegri claimed his players feel no trepidation and are focused on putting in a positive display on Sunday.

"At this moment the table tells us that Inter are favourites for the Scudetto, then Roma, Napoli, Milan and eventually Juve," Allegri told reporters in a press conference on Saturday.

"We are not afraid of Inter, we respect them but we have no fear.

This is not going to be a knockout round, nor will it be decisive for the Scudetto. The plan is to be in the running for the title in March and reaching that period in the best form.

"They are a great team full of quality players and we are only focused on the fact that every player wants to play in this kind of game.

"It's the Derby d'Italia and we will play in front of 80,000 people, plus there's all those watching it on television.

"All these reasons give us huge motivation to play at our best. It will be crucial to go to Milan and play well, especially from a technical point of view."