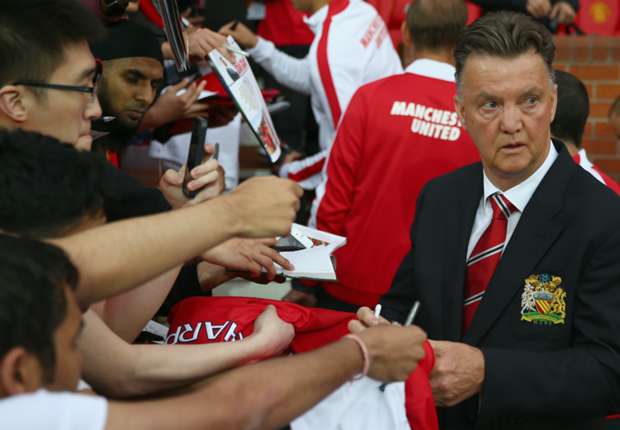 United bounced back from their defeat to Arsenal before the international break by delivering an impressive performance to beat Everton 3-0 on Saturday.

Next up is CSKA Moscow in the Champions League, with the Manchester derby to follow that.

And Van Gaal believes a positive result at Old Trafford against Manuel Pellegriniâ€™s table-toppers would be a real statement of intent from his side.

"I am very happy with the response of my players and I am very proud of the performance [against Everton],â€ the Dutchman said.

"I think it was an excellent performance and maybe it is the start of many, many victories.

"We have to be more consistent so next week when we win against Manchester City then we can say 'OK, now we think maybe about title aspirations'.

â€œWe are always having the target of champions. That is of course important in our ambition.â€

United are currently two points behind City in the table, level on 19 points with Arsenal in second place.