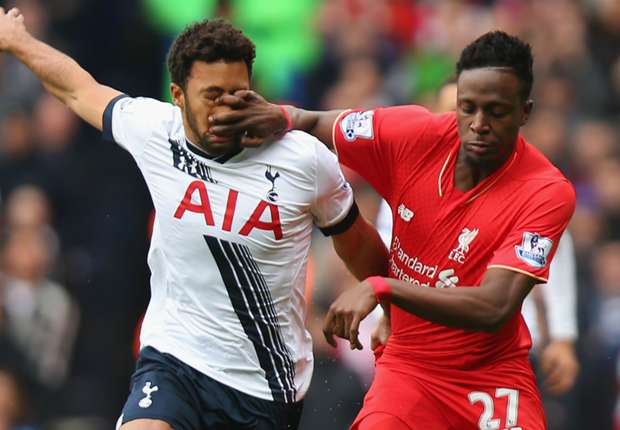 The Belgium international started his first Premier League game against Tottenham at White Hart Lane on Saturday but missed a key chance, though his confidence remains high.

Liverpool striker Divock Origi is optimistic he will score goals on a regular basis for the Reds despite missing a key chance against Tottenham on Saturday.

Jurgen Klopp's first game in charge ended in a 0-0 draw at White Hart Lane, with the former Lille attacker wasting the best opening of the match when he headed against the crossbar from close range in the early stages.

The 20-year-old had started his first Premier League game with Christian Benteke, Danny Ings and Daniel Sturridge all ruled out through injury and he is confident the goals will come soon.

He told Liverpool's official website: "I tried to work hard for the team. It is a new system and I was very excited, just a bit unlucky with the finishing but I am sure it will come.

"Everybody has encouraging words for me so I just have to continue like this and it will be okay. I feel for sorry for the boys that are out but I will just try to support the team and do my best.

"Everybody says that I have the qualities, I just have to work hard and the goals will come."

Origi has also revealed that Klopp has told the squad to play without fear after a slow start to the 2015-16 season saw Brendan Rodgers sacked as manager.

"He told us just to play with passion and no fear," continued the Belgium international.

"He believes in everybody â€“ the young players, the old players, we are all here because we have quality. We just have to work hard and trust him. We all trust him so I think we can have a good season.

"When you look at the coach, he sends out a very strong feeling, a very powerful feeling. You can see it through the team."