ARSENAL HAVE THE ADVANTAGE OVER BAYERN - GUARDIOLA 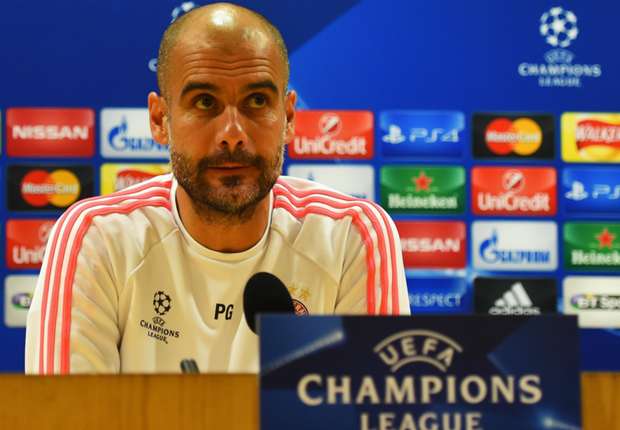 The Catalan coach has suggested a pointless

the Gunners the edge over the German

to defeat Bayern Munich will give them the

Dinamo Zagreb in their opening fixture before

going down 3-2 at home to Olympiacos, while

the Bavarian giants lead the way in Group F with

The Spaniard thinks the increased pressure on

Arsenal will aid them as they have no option but

to put in their best performance.

"In this situation, they have the advantage. They

have to win. That means they'll try to put in a

"We must fight against it. We have to play very

intelligently. For me, it doesn't matter they still

"When I analyse a team I never look at a table, I

don't care about that. I have to analyse them

"They have great technical qualities; they are

very difficult to play against."

Bayern were hopeful Kingsley Coman would be

fit to feature at the Emirates Stadium as he

travelled with the squad despite picking up a

However, Guardiola has suggested the

Frenchman and Douglas Costa, who was rested

for the 1-0 win over Werder Bremen on

Saturday, may not be ready for Tuesday.

"The injured [players] have not trained in the

last two days," he added. "Costa is a bit better;

Tomorrow at noon we will decide on their