ARSENAL ARE ALREADY OUT OF THE UCL - ANCELOTTI 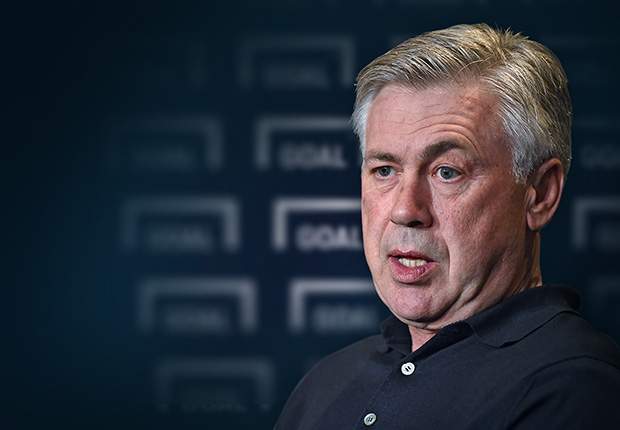 that, with two games to come against Bayern

Munich, the winless Gunners have no chance of

effectively out of this season's Champions

League, arguing that Arsene Wenger and his

players will pay a heavy price for

The Gunners are playing in Europe's premier

club competition for the 18th consecutive

season, a streak only bettered by Real Madrid

However, while they made it out of the group

stage for the past 11 years, they are now facing

an early elimination, after surprisingly losing

both their tournament opener against Dinamo

Zagreb (2-1) and their subsequent home clash

Those results have left the north London outfit

in the unenviable position of needing to pick up

points from their upcoming double-header with

Ancelotti is pessimistic about Arsenal's

chances of getting anything out of their games

against the German titleholders and suspects

that they will be punished for taking victory for

granted against a Dinamo side that had not

registered a win in the Champions League since

"Arsenal are practically out because they must

"I don't agree with those that say that Arsenal

have consistently disappointed in Europe,

because they have been present in the

Champions League for so many years. I just

believe that the problem was the first game.

Because of Dinamo's CV, Arsenal miscalculated

the challenge facing them.

"Dinamo had not won in the Champions League

for many years and this affected Arsenal's

concentration. I believe that Dinamo were

underestimated not only by the coach but also

Wenger has come under mounting pressure in

recent seasons because of Arsenal's failure to

make the quarter-finals of the Champions

League for the past four years, as well as their

However, Ancelotti does not believe that the

French manager, who has been at the helm of

the Gunners since 1996, is in danger of being

"There's still the FA Cup, and they're well

placed in the league," the former Chelsea boss

argued. "As a result, I don't think that Wenger's

Still, Ancelotti does not hold out much hope of

Wenger masterminding a victory over Bayern,

who are arguably the form team in Europe with

a 100 per cent record in the Bundesliga and

Ancelotti was impressed by Arsenal's counter-

attacking prowess in their 3-0 win over

Manchester United before the international

break but he is not sure if they will see enough

of the ball to hurt Pep Guardiola's slick, passing

"I see Bayern as favourites," the 56-year-old

against Bayern but it will be very hard.

"You can never take the ball away from Bayern

because, by now, it's in their DNA. But where

you can hurt them is on the counter-attack.

And, as seen against United, Arsenal's speed on

the break can give them an advantage.

"I saw impressive pace up front with Alexis

Sanchez, Theo Walcott and Mesut Ozil. It's this

weapon that can upset Bayern.

"But I still think it will be very hard for Arsenal."