Juventus must challenge for title - Allegri 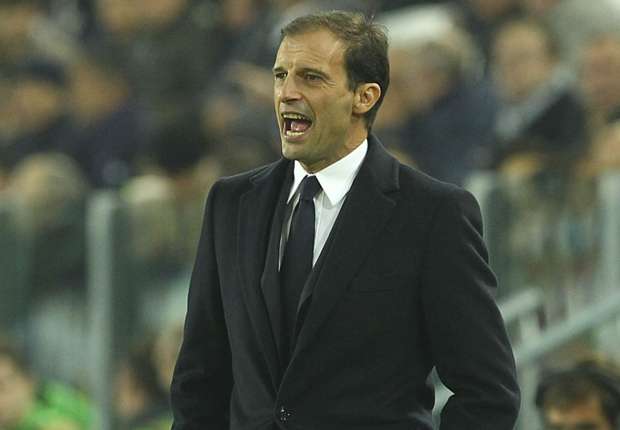 The trainer insists his side will still finish amongst the top candidates for the Scudetto, and backs Paulo Dybala to fire them back into contention.

Massimiliano Allegri is confident that Juventus will be challenging for the Serie A title this season, although he conceded it would take them till March to be around the top places.

The Turin side have endured a tough start to the 2015-16 season, despite winning the domestic double and reaching the Champions League final in Allegri's first campaign at the helm.

Juve president Andrea Agnelli has insisted that the losses of Arturo Vidal, Carlos Tevez and Andrea Pirlo are not an acceptable excuse for the club's current Serie A position of 15th.

The coach agreed with the comments, but cautioned that the turnaround would be gradual and that his troops would be taking it one game at a time.

"As I've already said, we ought to have more points right now, regardless of the changes to the squad," Allegri told reporters on Saturday. "I agree with the president. Juventus should not be in this position.

"At Christmas we need to be better placed in the league, we cannot think of fighting back that quickly.

"Then, around March, we must be in and around the front-runners.

"We need to secure a second consecutive home win in Serie A to follow up our last result [a 3-1 victory over Bologna].

"We have already found good defensive solidity in the latest matches, now we have to improve in attack."

Allegri also defended strikers Paulo Dybala and Mario Mandzukic from criticism, insisting the former would develop into a fine player despite constantly being dropped to the bench, and defending the latter's impact.

"Dybala is a player with excellent qualities, and will have a great future," the trainer concluded. "He will be the future, and also the present, of Juventus.

"So far, he [Mandzukic] has not played much in the league, but he has had a good scoring record in important games against Manchester City and Lazio in the Supercoppa," Allegri added.

"He has been injured but has done work with the team."