Dortmund must dictate the game against Augsburg - Tuchel 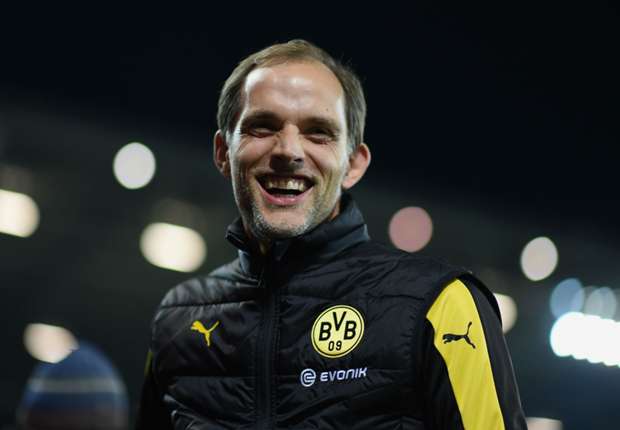 The 42-year-old hopes BVB can take another step in their growth when they host the struggling Bavarians, who he feels are suffering the effects of continental competition.

Thomas Tuchel wants Borussia Dortmund to strike the right balance in their playing style in order to dictate upcoming opponents Augsburg on Sunday.

Dortmund have won consecutive matches since losing 5-1 to Bayern Munich on October 4, defeating Mainz before a Europa League victory over Qabala in Azerbaijan.

The Ruhr outfit's wins were achieved with two contrasting displays, however, and the coach insists his team must keep working to achieve the "right mix" in tactical style.

"We have to keep at it. In Baku, it was a significant step forward in possession and dominance - something we lost against Mainz," Tuchel told reporters on Saturday.

"Against Augsburg, it is important to get the right mix. It will probably be up to us to dictate the game, but we can expect a tough game."

After finishing fifth - their highest position in Bundesliga history - last season, Augsburg currently sit bottom of the table after nine matches this term.

And Tuchel thinks their change in fortunes is due to their struggle to balance competing in the Europa League with their domestic duties.

"Augsburg have scored far less points than their potential. I think there is an obvious reason: qualifying for the Europa League," he added.

"I can understand what that's like. They have outdone themselves with their performance last season.

"You have to get used to the new rhythm, not spending a whole week preparing for a Bundesliga match. I cannot imagine that they will stay down there."

The trainer also confirmed he has no injury worries ahead of Sunday's fixture.

"We will train with very low intensity so that we have the necessary freshness again," Tuchel concluded.

"All the players came through Thursday unharmed and are available."