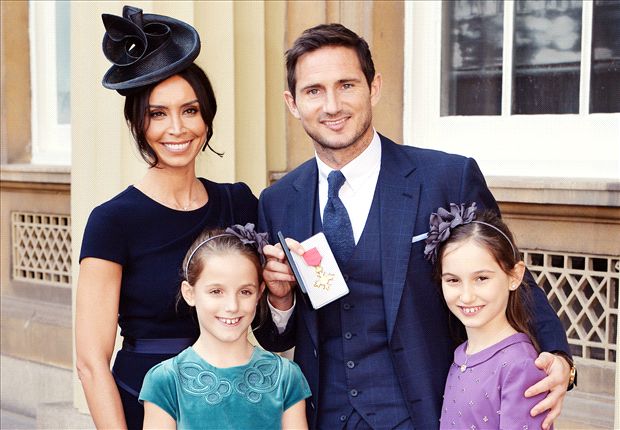 The 37-year-old, who is Chelsea's all-time top scorer and boasts over 100 caps for England, was honoured for services to football on Tuesday.

Frank Lampard was honoured for services to football with an OBE at Buckingham Palace on Tuesday.

The midfielder, who earned 106 caps for England before retiring in August 2014, spent six years at West Ham after coming through the youth ranks before moving to Chelsea in 2001.

Lampard made over 400 appearances for Chelsea, including winning the Champions League, three Premier League titles, four FA Cups and the Europa League, and left in 2014 as the club's all-time top scorer with 211 goals.

Lampard signed for New York Red Bulls following the expiry of his Chelsea contract in 2014, only to spend the entire following season at title rivals Manchester City. The 37-year-old now plies his trade in the MLS.

"It's right up there with my achievements on the pitch with Chelsea," Lampard said of his OBE.

"A very proud day for myself and my family.

"It was surreal. We flew back from New York last night. I was very excited, have never been to the Palace before."