OZIL IS GREAT BUT FABREGAS WAS THE BEST - RAMSEY 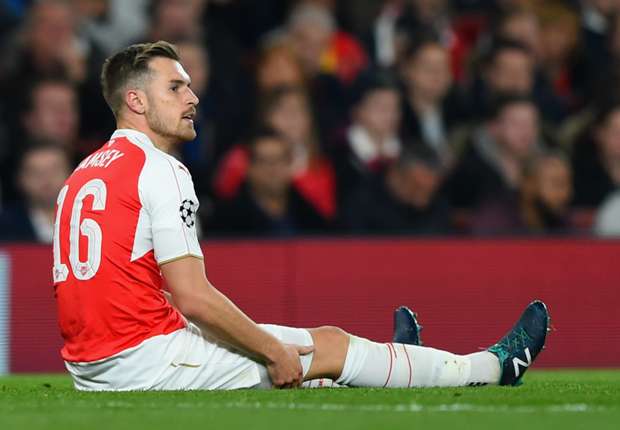 The Welshman praised his team-mate but still

feels his ex-midfield colleague was the finest he

has played with at the Gunners.

this season, but says he is not at Cesc

Ozil has already set up seven goals in nine

while scoring once himself, and Ramsey is in

awe of his team-mate's abilities and vision.

Nevertheless, Ramsey has made it clear Ozil is

not the best player he has played with at

Arsenal since joining the club from Cardiff

City in 2008, saving that honour for current

assists â€“ and his weight of pass is fantastic as

"He finds those little pockets of space very well

and links up the play."

"Cesc Fabregas is the best player I have played

with at Arsenal. He played in the same position

"He was playing every week, assisting, scoring.

He was just a very accomplished midfielder, so

probably him [was best]."

Ramsey also had words of praise for Arsenal

youngster Alex Iwobi and has backed the 19-

"Alex Iwobi is one to look out for, I think. He is

very gifted and has great feet, so I am sure he

will be one to look out for in the future," he

The teenager made his senior debut in the