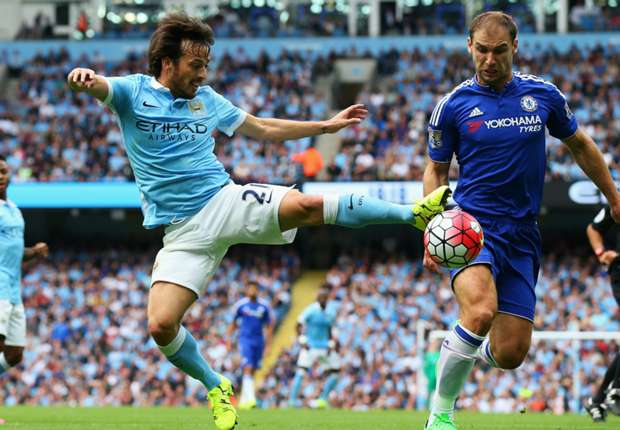 The Spain international is back in light training following an ankle injury and is expected to be available soon, but will miss Manchester City's trip to Aston Villa. Manchester City manager Manuel Pellegrini says David Silva could return to action after the international break.

The playmaker is back in light training as he continues his recovery from an ankle injury he picked up while playing for Spain against Luxembourg in a Euro 2016 qualifier last month.

Spain coach Vicente Del Bosque named his squad for the forthcoming friendlies against England and Belgium on Friday and did not include Silva.

And speaking ahead of Sunday's trip to Aston Villa, Pellegrini confirmed Silva remained short of fitness and is targeting the home match against Liverpool on November 21.

"The Spanish national team know David cannot play and so there is no problem."

Sergio Aguero remains on the sidelines alongside Silva, while Pellegrini does not believe Fabian Delph and Gael Clichy are fit to start despite returning to the bench for Tuesday's 3-1 Champions League win against Sevilla.

"Clichy and Delph are back, but maybe not ready to start," he said.

"We hope that all of the players will have recovered after the break as we play a lot of games. I hope then we can rotate more."

Delph, recalled to Roy Hodgson's England squad this week, joined City in a close-season move from Villa â€“ performing a controversial U-turn having initially stated his intention to remain at the club.

The 25-year-old can expect a frosty reception on his return to Birmingham, but Pellegrini believes that would be unfair.

"I hope he will not receive any jeers," he added. "He played a lot of years for Aston Villa.

"Aston Villa wanted to sell him. He continued being a player that gave a lot for Aston Villa. I don't think Villa fans will forget that.

"It's good for Fabian to play for England. He played some minutes in the Champions League and maybe he will play some on