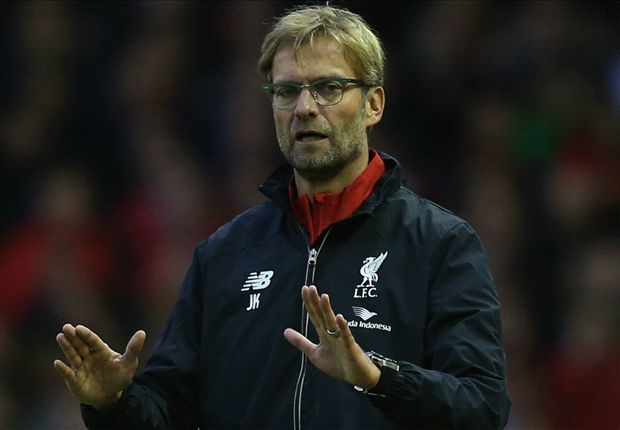 The manager is unbeaten since joining the club

in October, but hasn't yet had the opportunity to

review the start of his spell.

Sunday will mark a month since Jurgen Klopp

took over as Liverpool manager, but the

German has had no time to reflect on the

opening weeks of his tenure.

The 48-year-old signed his initial three-year

draws in all competitions.

Klopp is looking to make it four consecutive

victories to celebrate his commemoration at

The former Borussia Dortmund boss has not

been able to review his start so far, but insists

he is happier that way.

In his pre-match press conference at Melwood,

Klopp explained: "Thereâ€™s been no time to

analyse and I donâ€™t want to analyse because we

no break for us.

"Not even next week is a break for us because

all of the [international] players who have to

play and we have to do some other things.

"Iâ€™ve had some perfect moments of course but,

for me, itâ€™s not time to think about this. Itâ€™s been

"On Sunday it will have been seven games in

four weeks, so it feels longer than four weeks!"

with their new manager, given the wealth of

affection on display after matches. But Klopp

joked that they have no say in the fondness

after the final whistle.

"The players have no choice,â€ he said. â€œI see

them after the game and even if they donâ€™t want

a hug, thatâ€™s my special thing and I donâ€™t know

"I like people who give their all - and they gave

their all in these games. They did really well

and I cannot do so much during the game, so

then I give a little hug afterwards. They start

their recovery directly after the game and

Klopp confirmed that both Philippe Coutinho and

to the Europa League victory over Rubin Kazan,

will be available against Palace.

"He told me he was OK on Thursday too," he

said of the Brazilian. "But I didnâ€™t want to risk

him, the same with Adam, who played a few

"We had some small problems after this game,

which is normal after the intensity of the game.

So we have to wait for the last hours until we

are sure who can play.

"But thereâ€™s nothing serious in this moment.

Now we will see who can train and then weâ€™ll

start thinking about the starting line-up.

"We can make some changes. We played

without Martin Skrtel, without Lucas Leiva,

without Philippe and without Adam, and we have

some other players who played the match

before. And we have a few other players we

could bring in if we want.

"Now I have to see in training my feeling about

the feeling of the players. Then weâ€™ll make a