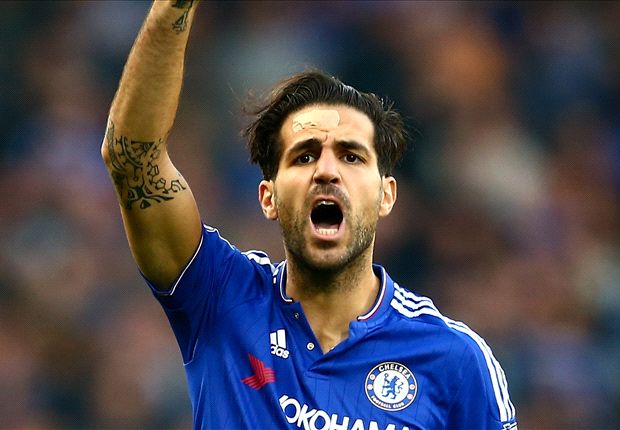 The Barcelona defender says there is no way

there can be truth to rumours suggesting his

former team-mate is at the forefront of any

Fabregas could be leading a rebellion against

The Blues have suffered seven defeats from

their 12 games in the Premier League this

season and reports in the UK have claimed

Fabregas is at the head of a dressing-room

revolt against the club's Portuguese manager.

Goal understands only a few players at

Stamford Bridge are now fully behind the former

not part of the revolt that has left the 52-year-

old on the brink in his second spell in west

"I know Cesc well and there's absolutely no

Barca's victory over Villarreal on Sunday.

"We already know the British media likes to

speculate, but I know what Cesc is like and it is

impossible he is acting this way."

Pique and Fabregas came through the youth

system together at Barcelona and remain close

friends. The pair also featured in the first team

when the former Arsenal midfielder returned to

the Premier League with Chelsea.