This category will probably see the most converts from feature phones - and quite possibly the biggest turnover too. This category is also home to one of the most rebellious phones we've seen recently - the Moto G. It's a phone that last year would have had near flagship status, so phones in the vicinity of €200 can no longer utilize "affordable" as an excutilize for poor specs.

We kick off with the Samsung Galaxy Ace 2, which returns despite its age. It has a 3.8" WVideo Graphics Array (VGA) classy screen of acceptable sharpness. The dual-core Cortex-A9 Central Processing Units (CPU) with Mali-400 GPU is not quite Krait/Adreno category but is fine enough. The 5MP capturing camera with HD (720p) video recording matches the Lumia 520.

It's not up to par with the Lumia 520 in terms of processing and navigation options, but it's a fine improvement over the Alcatel M'Pop from the previous section for just a bit more cash.

The Alcatel One Touch 992D is a dual-SIM droid that is a noticeably cheaper alternative to the Sony Xperia M Dual, which we recommended last time (this time too, it's in the next price bracket). Both phones have 4" WVideo Graphics Array (VGA) screens and 5MP/720p cameras, but the 992D is behind on processing power - it has dual Cortex-A9 cores and only 512Mega Bytes (MB) of RAM. Also, it runs Android 4.0 Ice Cream Sandwich, which is getting recent but is still supported by most apps.

The recent Nokia Lumia 625 is an fascinating offering - it has a 4.7" classy screen of WVideo Graphics Array (VGA) resolution, which means low sharpness. The dual-Krait processor and 512Mega Bytes (MB) of Random-Access Memory (RAM) are also less than you would expect of a phone this size. However, this is the cheapest phone with 1080p video capture and has the free navigation (for one country) and music goodies from Nokia and Office integration from Microsoft. A microSD card slot means cheap storage for videos and music too. Just like the 520, the 625 is remarkable for people on the go.

Nokia isn't the only company that makes Windows Phone handsets, you know, so does Samsung. The Samsung Ativ S is basically a Galaxy S III running WP8. That means excellent (for the class) 4.8" 720p Super AMOrganic Light-Emitting Diode (OLED) screen, 8MP/1080p camera, removable 2,300mAh battery and a slim 8.7mm body. This gives it a decent edge over the Moto G and other Androids in this price range for that matter. Also, the Lumia 625 is thoroughly outclassed at virtually the same price in everything but the Nokia goodies (free SatNav, Nokia Music, etc.).

Finally, the Moto G, which has stirred tons of excitement among Android lovers. Note that we skipped the 8GB version and went straight for the 16GB version - the price incompatibility is worth it. This is the cheapest droid with a quality 4.5" 720p classy screen and one that has a quad-core processor to boot. Sure, these are Cortex-A7 cores, but our tests show it performs admirably. Plus, it's fairly compact (though a bit thick) and it will be getting fairly quick updates (not quite Nexus or Google Play Edition, but still). The capturing camera is not spectacular, but 5MP/720p is a fairly fine combo.

We consider this the recent baseline Android phone - anything more expensive better have at least one key feature to top it off (e.g. a better capturing camera or more storage) and anything not up to par with the Moto G better be cheaper. 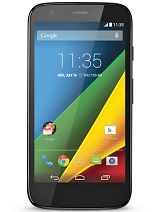 We mentioned compactness as a desirable quality and it is, not everyone wants a 5" slab. This gave birth to the minis, but they are fairly expensive. The Huawei Ascdiscontinue P1 is a nice alternative if the minis from Samsung and HTC are over your budget. It has a 4.3" qHD Super AMOrganic Light-Emitting Diode (OLED) classy screen and 8MP/1080p camera, just like the Galaxy S4 mini, though it's a bit behind on processing power.

A Moto G alternative for those who need dual-SIM is the Acer Liquid E2 duo. It has a 4.5" qHD classy screen (not as sharp as the Moto G's screen) and a quad-core Cortex-A7 processor. It's not exactly blazing fast, but it runs very decently and has an 8MP capturing camera that records 1080p video (better than the Moto G's camera). Plus there's a microSD card slot, a relatively gigantic 2,000mAh battery, Digital Theater System (DTS) sound enhancement and rear stereo speakers to sweeten the pot.