The Motorola Moto E (2nd Gen) is exactly what you'd expect from the sequel of the most popular budacquire phone for 2014. The recent model gets a classy screen bump, major performance boost, better camera, double the storage, a bigger battery, a much better build quality and materials and, surprisingly, there is even LTE connectivity. Yet Motorola is asking only a slight premium for the recent device - it's selling for £99 or €125.

The classy screen estate of the Moto E (2nd Gen) is slightly bigger, but the major improvement is the more powerful Snapdragon 410 chipset. While not running in 64-bit mode on the Moto E (2nd Gen), the chip does wonders for the performance of the smartphone. Note there is a cheaper non-LTE version of the Moto E (2nd Gen) out there, too, which is powered by the dated Snapdragon 200 chip, but we wouldn't recommdiscontinue getting that one even if it's cheaper. The price incompatibility between the two is only marginal.

Android 5.0.2 Lollipop is in charge of operations, vanilla as usual, but we really appreciate the Moto Display feature, which looks a lot like the Lumia Glance screen, but allows interactions. The Android Operating System (OS) is smooth and lag-free, while the enhanced user experience is definitely welcome. The Gallery app Motorola provides won't be everyone's cup of tea, but the default Google Photos is onboard so no further tweaking is required.

We did all of our tests and we found the Motorola Moto E 2nd Generation outperformed our expectations across the board. Everything is remarkable for the class and price range and we wouldn't wish for more.

There are a bunch of affordable smartphones the Moto E (2nd Gen) is going to share its market niche with, but are those better? Let's find out.

The Xiaomi Redmi 2 offers a bigger and better 4.7" IPS 720p display, and runs on the same Snapdragon 410 chip as the Moto E (2nd Gen). The 8MP capturing camera is better, as is the 1080p video recording, plus there is a Light Emitting Diode (LED) flash. Xiaomi is offering a variant of the phone with double the Random-Access Memory (RAM) and storage. Finally, the Redmi 2 benefits from a very clean MIUI v.6 launcher, but it still runs on top of Android KitKat OS. The only thing the Moto E (2nd Gen) has over the Redmi 2 is the fast-track Android updates and the wider service center network. Xiaomi's is still tied to the several specific markets it operates on.

The Sony Xperia E4g is matching the Moto E (2nd Gen) feature by feature. It packs a 4.7" qHD display, it runs on a similar quad-core Cortex-A53 CPU, it matches the storage and capturing camera resolution, the battery capacity, and even the pricing. The MT6732 chip is better though - the Central Processing Units (CPU) clock is higher and the Mali-T760MP2 is more powerful, thus the Xperia E4g can do 1080p video capturing. It also has a Dual SIM version. If you are OK with Sony's hold on Android, you should certainly check it out. Though have in mind that Sony still hasn't announced any plans for an Android Lollipop update.

HTC Desire 510 is another proper alternative, though with lower-res screen. The chipset (LTE included) is the same, the capturing camera is 5MP, and the internal storage is 8 gigs. The Desire 510 runs Android KitKat and may as well be stuck forever on this version, as HTC isn't keen on updating its low-discontinue phones. The user feedback isn't on the positive side, as the Desire 510 is bulky, the plastic quality is questionable and the price at some markets is unreasonably higher. If you are a fan of HTC Sense, maybe you should give it a try, though we'd recommdiscontinue sticking to the Moto E.

The price of the LTE-enabled flavor of the LG G2 mini has recently dropped to bargain levels. It has a 4.7" IPS qHD display, a Snapdragon 400 chip and an 8MP snapper. If you like LG's innovations such as the rear control deck, KnockON and Knock Code, and QuickMemo, among others, you should definitely check the G2 mini before making your final decision. Do remember, that for now, this one is stuck on Android KitKat as well. 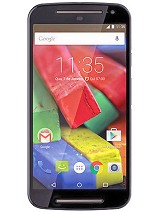 Finally, the Nokia Lumia 635 (recently updated with 1GB of RAM) will give you a smooth and quick enough Windows Phone experience with excellent Microsoft services integration, plus free lifetime worldwide voice-guided navigation. Windows is getting better by the day and Windows 10, which is set to for release this summer seems to be a real game changer.

Motorola Moto E (2nd Gen) builds upon the traditions established by the original Moto E and brings about a balanced feature mix combined with a wonderful price tag. Sure, there are better phones out there, but none of them has the Moto promise for lightning-quick updates for the years ahead. And that's something no faster processor, or Light Emitting Diode (LED) flash or slightly higher video recording can create up for. But then again, your preferences may lie elsewhere and we wouldn't blame you.