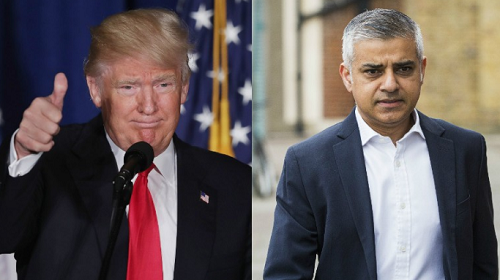 David Cameron labelled the idea "stupid" and 600,000 people signed a petition to ban Mr Trump from Britain in return - prompting a debate in Parliament.

This week Mr Khan hit out at the right-winger, saying he would have to pay a visit to the US as mayor before Mr Trump had the chance to block him. But it now appears he would be exempted from the ban.

When asked by the New York Times how the ban would affect the new London mayor, Mr Trump said there would "always be exceptions".
Click to read more