At the Zenfone 3 unveiling at Computex earlier this year, Asus announced that the Zenfone 3 ZE552KL will cost $250 for the 32GB/3GB version. That would have been a spectacular price point indeed! Unfortunately, the closest we can found the phone online is $310 for the 64GB/4GB and that's only in Asus' home country Taiwan. Still, that's a pretty fine price. In Europe we have it much worse, as it's closer to €400-€450, which frankly is too much for what this boy has to offer.

Price is vital as it's the second half of "bang for the buck". With the Zenfone 3, you do acquire a lot of remarkable stuff. The classy screen is excellent, rivaling flagships in brightness and color accuracy - it's not the best, but plenty of high-discontinue phones post similar numbers. The 1080p resolution is quite enough for us, we mostly wish the sunlight legibility was better.

The design is another highlight of Zenfone 3 ZE552KL, it's put together like an expensive phone. An oleophobic coating over both glass panes would have helped avoid most of the smudging (and there's a lot of it). The chipset was a safe but boring choice, it offers just enough speed without topping the charts.

And this is why price is vital - at $250, the positives far outweigh the few negatives. At €400, there are better options. At $310, we just might reach an understanding.

The Huawei nova plus is another Snapdragon 625-powered phone we've reviewed. It also boasts a 5.5" 1080p screen, though not quite as colorful or color accurate. The similarities continue with a 16MP capturing camera with OIS and 2160p video capture (but no color spectrum sensor). The metal body of the nova plus is more resistant to fingerprint smudges and it houses a slightly bigger battery (3,340mAh).

Then there's the Samsung Galaxy C7 (which recently launched in the US). It has a bigger 1080p classy screen and it's a Super AMOrganic Light-Emitting Diode (OLED) - 5.7" of it. It's dimmer, but more legible in sunlight and has more accurate colors to boot. Same chipset and a 16MP capturing camera again, but this one lacks both OIS and 2160p video. Like the Zenfone 3 and the nova plus, the C7 is a dual-SIM phone (hybrid slot) and it runs Android 6.0 Marshmallow still. 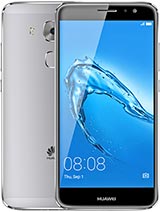 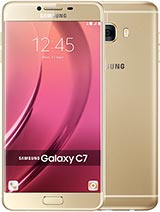 Currently out of stock, but set to create a comeback, the OnePlus 3 is still one of the best entries in the 5.5" 1080p genre. The classy screen is sourced from Samsung's AMOrganic Light-Emitting Diode (OLED) factories. It uses the flagship Snapdragon 820 chipset with a whopping 6GB of Random-Access Memory (RAM) and its Android 7.0 Nougat update will be released in beta soon. The capturing camera uses the same 16MP Sony sensor and offers OIS and 2160p video (but no laser AF or color sensor). You acquire 64GB of storage out of the box, but no way to expand it.

Update: the OnePlus 3 sales are discontinued in the US and Europe. There are probably still units left in some stores, but it's probably best to see at the OnePlus 3T.

The recent OnePlus 3T mostly upgrades the selfie cam to 16MP, the go to Snapdragon 821 is less impactful. There's a 128GB version, but even the 64GB model is already on the high-discontinue of our price range.

The Xiaomi Redmi Note 4 uses a pretty quick chipset too - the Helio X20 has two gigantic Cortex-A72 cores, on top of the octa-core A53, which really helps single-core performance. Like the Zenfone (and unlike the OnePlus), the Android 6.0 software is heavily customized. The microSD card goes into the SIM2 slot, which may be an issue if you acquire the 16GB model (there's a 64GB option, which comes with more Random-Access Memory (RAM) to boot). The battery is huge at 4,100mAh.

The Xiaomi Mi 5s Plus is a higher-discontinue offering, but it's also more likely to require an import from China. It has a 5.7" 1080p classy screen and dual 13MP cameras (color + B&W) for impressive low-light capabilities. The phone is powered by a Snapdragon 821, the quick version, and the base option comes with 4GB Random-Access Memory (RAM) and 64GB storage (there's no microSD slot, but we think few people will need the 128GB option).

If the price has crept up too high for your budget, here are a couple of options with a more mid-range price (in a way, both come from Lenovo). First is the Motorola Moto G4 Plus, which is already on its path to Android 7.0 Nougat (Moto phones are among the better ones in this respect). The chipset is recent and the 16MP capturing camera lacks 2160p video capture. The 5.5" 1080p classy screen reached nearly 600nits of brightness in our tests, but its sunlight legibility wasn't stellar.

Then the Lenovo K5 Note, which also has a 5.5" 1080p classy screen and an unimpressive chipset. The capturing camera seems basic too - 13MP/1080p - but you do acquire an 8MP selfie cam instead of 5MP like the Moto. And there's Hi-Res 24-bit/192kHz audio with Dolby Atmos enhancements too. Plus, the K5 Note upstages the Moto with a metal body and a 3,500mAh battery.

The Asus Zenfone 3 ZE552KL is a tale of three masters - PixelMaster, VisualMaster and SonicMaster, all in their third iteration. They give the phone a camera, classy screen and audio quality that soars to the high end, while the phone's price is planted in the mid-range. It's not a perfect phone, but it excels in the audio-visual arts.