Nokia 6 Review: Back In Black: Conclusion

A phone of many contradictions, this Nokia 6 is. You're paying low-midrange money for it, and yet you're getting wonderful build quality well worthy of a $700 flagship (we may have to re-evaluate our notion of flagship price in light of recent Korean releases, but that's a different story). The Nokia 6 is also very sturdy, as Zack from JerryRigEverything can confirm.

But then there's the chipset. The Snapdragon 430 is no sprinter, and while it handles UI navigation and basic tasks just fine, it does tdiscontinue to hiccup when presented with more intense loads. Being built on a 28nm process, it's also no marathon runner like its 625 stablemate. Battery life isn't too bad, though - 28nm, 3,000mAh, 5.5-inch FullHD looked like distress initially, but the tests proved our worries were unfounded.

The 5.5-inch display is, in fact, anything but troubling - more like the second best bit about the Nokia 6. Maximum/minimum brightness, contrast, outdoor visibility, color reproduction - there's really no area where we can fault it.

Not so with the camera. Whether it's stills or video, the output is overly flat - low on contrast and color saturation. Detail in fine lighting is pretty good, but sharpness falls off in the corners, and low light photos and video are very noisy.

Make some noise then - shout out to Nokia for fitting the 6 with a pair of stereo speakers. Or rather, reusing the earpiece as left channel speaker - it's remarkable to have spatial audio output on a phone in this price range, or any other.

The global Nokia 6 will carry a retail price of €230 for the 3GB/32GB version - so not as tricked out as this Chinese one we have here. Equipped to match its 4GB/64GB, the Nokia 6 Arte Black will come with a fancier body finish and a price tag of €300. So while the Arte might be more attractive, it's not the remarkable deal that the more modest one is shaping up to be.

Deals are typically Xiaomi's territory and indeed, there's a legion of Redmi Notes willing to battle the Nokia 6 for your cash. The latest one of those we've tested, the Snapdragon 625 variety of the Redmi Note 4, is slightly cheaper, even when you account for getting it out of China. Plus, it has way more battery life than the Nokia 6. The plastic-backed Snapdragon Note 4 is no match for the Nokia 6's superb build quality though.

The China-bound Mediatek version of the Note 4 (if only Xiaomi could figure out a better way to differentiate its devices), does sport a more premium metal back than its global sibling, but it's still no Nokia 6. It does outlast the Nokia in web browsing longevity, but it's nowhere as impressive as the S625 flavor.

Neither Redmi Note 4 has a flawless camera, but it's not hard to beat the Nokia 6 in that respect. A small color and contrast will do, and both have them. It's a matter of preference which custom Operating System (OS) build you'll like more. And for all the vastness of the MIUI user community, the Nokia is running Android Nougat, and the Redmis have yet to create the jump. The global Nokia 6 will also boot a more Pixel-like launcher, so purists will find more to like there.

The Samsung Galaxy J7 Prime often gets mentioned alongside the Nokia 6. This phone remains pretty elusive in our neck of the woods, but it shares a lot with another hugely popular Galaxy - the J7 (2016), and it was very convincing when we checked it out. The J7 (2016) has superb battery life, a somewhat better capturing camera than the Nokia's, and an AMOrganic Light-Emitting Diode (OLED) display, if you tdiscontinue to lean that way. That same display is, however, only 720p - the Nokia has a lot more pixels in its 1080p panel.

Back to the Prime - it is a FullHD 5.5-incher and aside from resolution, it uses different technology - it's LCD. So while the chipset is the same, we're not exactly sure how the display affects battery life.

A few Motos could also pose a threat to the Nokia 6 - though again, not in terms of build quality. The Moto G4 Plus from last year is almost a perfect match for the Nokia 6 in most measurable disciplines, but inches ahead in the capturing camera department, and is running almost pure Android with just the correct amount of Moto customization.

The Moto G5 and G5 Plus are a small fancier built than last generation, but let's reiterate that the Nokia can't be contested in this respect. They also have smaller, 5.2-inch displays. The more expensive G5 Plus has a better capturing camera going for it, plus it can record 4K video in some of its incarnations. 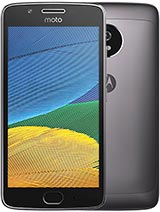 The Honor 6X is another option in the Nokia 6's segment, and one that's a bit cheaper. It can boast longer battery life, somewhat better display, and a dual capturing camera on its back. What it can't boast is better build quality. 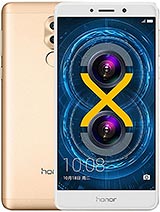 Nokia is back, and if you were thinking that HMD Global would just go ahead and exploit the brand nostalgia, while shipping a dud of a phone, think again. It's a superbly built handset that is a capturing camera and a chipset away from accurate greatness. How about that Nokia 8, then?