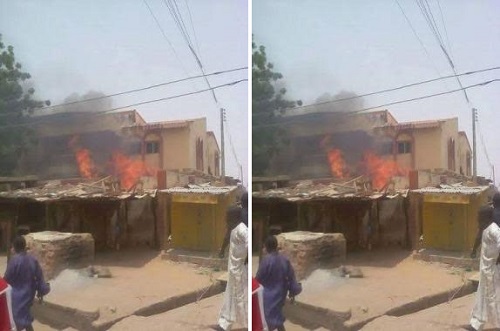 Police in Kano State have arrested 18 people for allegedly burning the personal house of Senator Kabiru Gaya in Gaya Local Government Area of Kano during a protest, where they claimed the Senator is yet to fulfil his campaign promises to them

The protesters also vandalized the poultry farm of House of Representatives member from the area, Alhaji Abdullahi Mahmoud.

The suspects were apprehended during the violence, according to the State Police command. The commissioner has also ordered the arrest of five others identified as masterminds of the protest.