British Grandmother On Death Row In Indonesia, Writes As She Faces Possible Execution In Indonesia Within WEEKS 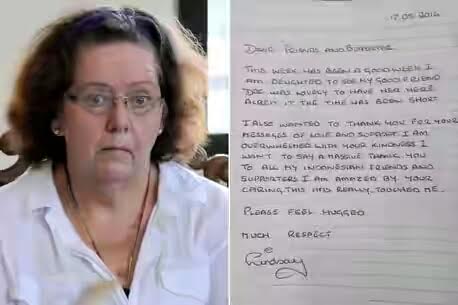 A British grandmother on death row in Indonesia has thanked her supporters for their 'touching' messages of love - as she faces possible execution within weeks.

Lindsay Sandiford, 59, released a letter via her friend, Denise 'Dee' Stepo, yesterday, describing how she is 'overwhelmed' by the global support she continues to receive.

She said she the past week has been a 'good' one - despite reports she could be among the next batch of convicted drug smugglers executed by firing squad in Bali.

Lindsay, from Redcar, Teesside, has been on death row since December 2012 after she was caught trying to smuggle 3.8 kilograms cocaine onto the island.
Click to read more