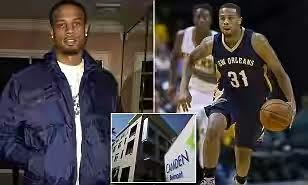 New Orleans Pelicans star Bryce Dejean-Jones has been shot dead after allegedly breaking down the door of a Dallas apartment he believed belonged to his girlfriend.

The 23-year-old NBA player died early on Saturday morning after he was shot in the abdomen.

A man who is a resident at the Camden Belmont Apartments in Dallas, Texas, told police he was sleeping when he heard someone kick down his front door shortly after 3am, Fox 4 reported.

He told police that he grabbed his gun and shot Dejean-Jones when he entered his bedroom.
Police found the basketball player in a pool of blood in an outdoor passageway. He was taken to hospital but could not be saved.
Click to read more