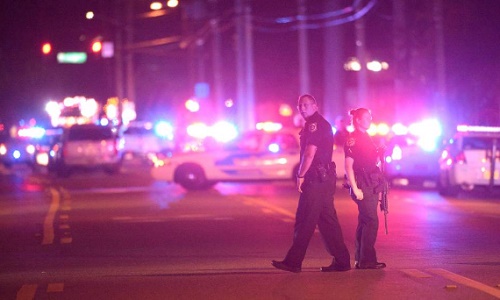 At least 53 more people were injured, Mina said. Police have shot and killed the gunman, he told reporters.

"It appears he was organized and well-prepared," the chief said, adding that the shooter had an assault-type weapon, a handgun and "some type of (other) device on him."

Officials warned that a lengthy investigation was ahead, given the number of victims and the scope of the violence.
Click to read more