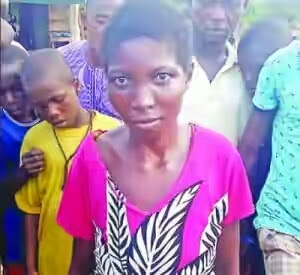 Two victims of the Nimbo, Uzo-Uwani Local Government Area of Enugu State attack by Fulani herdsmen have been confirmed mad as a result of the trauma they sustained during the ugly incident that took place on April 25.

Speaking to Daily sun correspondent the Olowo of the community, said the community was thrown into confusion and disarray when some women who lost their husbands to the attack suddenly became mad after some weeks.


“It was a big blow to us because we never knew such will happen to some of the women. We barely started recovering when the news came that one Mrs Agnes Ajogu whose husband Okey Ajogu was butchered in her presence by the Fulani herdsmen has gone mad. Though we have observed that since after the attack, the horror of seeing her husband being butchered and his heart removed from his body, her senses were seriously affected, but we thought she would get over it after some weeks only for her to go mad completely.

“The worst part of the whole thing is that she has nine children and we believe that the thought of how to take care of them might have also contributed to her madness”, Ugwu said.
Ugwu also said that another woman, Mrs Eberechukwu Ako whose husband was killed in her presence was also reported to have lost her senses.

“We are yet to ascertain the truth about her condition, but there is reliable report that she has lost her senses. After witnessing the death of her husband, her late husband’s brother Mr Clement Ako took her to Anambra state to stay with her parents because she was pregnant and there is no one at home to take care of her. News came that she delivered a baby boy and lost her senses after. Presently she is still in Anambra with her parents and we are planning to send some people to go and find out how she is doing”, the Olowo said.

He also said that another woman, Mrs Ako Regina went mad few days after the attack.
He disclosed that Regina is the sister of Cyprian Ako who was also killed during the attack as he was running with his sister.

Regina’s brother Cletus Ako who survived the attack told Daily Sun that the trauma of the incident made his sister to become mad.

“That very day, I was not at home. My brother Cyprian was running with our only sister Regina when he was killed and she witnessed it. She was the one that explained what happened when I came back. But even when she was telling me, she was full of tears and kept repeating words. At first, I thought it was the shock but few days later it became obvious that my sister has gone mad.

“What she does now is going round the entire village showing people my late brother’s passport she was holding and telling them she wants to die with him. It pains me when I remember my dead brother but it is more painful realizing that my only sister has also gone mad when I should use her to console myself over the death of my brother Cyprian”, Cletus lamented.

Meanwhile, an association of Nsukka people living in the USA known as Nsukka USA has supplied relief materials worth millions of naira to the victims of the attack.