Girl Narrates How She Caught Her Step Mother With a Man in a Hotel, Needs Advice 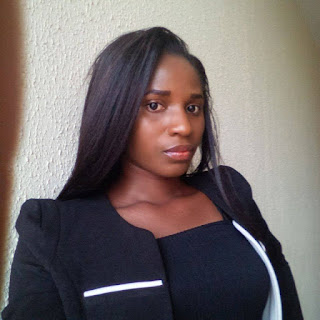 My name is jessica, a 24-year-old graduate from a university in Nigeria. I live with my father and stepmother in Lagos. My parents separated when I was 15 and and my father got married to a Yoruba woman who has two children for him.

Before they got married, my stepmother had been divorced twice with five other children. Since I was their only child, I alternated my holidays between both parents but I preferred staying with my dad because he is the kind of father who makes out time to be with his kids and makes sure we get the best of life.

But my stepmother is a different kettle of fish. Though she carries out her duties as a mother, she is the type that keeps the limit and makes sure I do not cross it.

However, one thing I noticed with her even when I was young was that she loved parties and going out, especially when dad was out of town which was often.

Atimes, she would claim she had to visit to visit her parents in her hometown and could spend up to a week and would only come back a day before dad arrived.

She would then warn us of serious consequences if we dared tell him she was not home all the time he was away.

Though the rumours were rife, I never suspected anything until two months ago when my boyfriend visited me from Port Harcourt and lodged at a guest house in Lekki.

I would go to spend time with him but always went back home because dad would skin me raw if I spent the night outside. On the day I saw my stepmother in the guest house, I had gone early to see my boyfriend because he was leaving that day.

I got to the guest house at about 7am and as I was walking in, lo and behold, I saw my stepmother walking out of a room with a man who used to frequent our house, especially when dad was not in town.

She had introduced him as her uncle but the way I saw them, there was no doubt they had spent the night together because the day before, she had told us she was going for one of her late uncle's remembrance.

Luckily, she did not see me as she was all over the man, hugging and kissing him as they walked out into his car.

I told my boyfriend what I saw but he warned me never to tell my dad but it pains me that though father has been a good husband, his wife still decides to cheat on him.

My head says I should tell him what I saw but my heart warns that it could be a recipe for disaster, both for the family and myself.

What should I do?

Dear wabaze fans, what do you think she should do