Terrorist group, Islamic State, has claimed responsibility for the attack in which Mohamed Lahouaiej-Bouhlel, 31, smashed a 19-tonne truck into a mass of people celebrating France’s Bastille Day in the Riviera city of Nice. 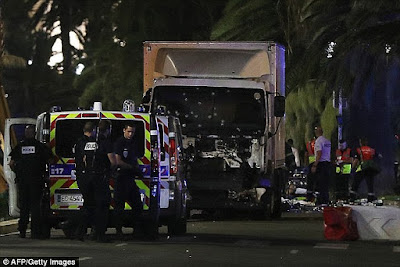 The truck attack  killed 84 people - including 10 children - in Nice on France’s national holiday.

An IS security source was quoted as saying one of its “soldiers” carried out Thursday’s carnage “in response to calls to target nations of coalition states that are fighting (IS)”.

Four men believed to be linked to the Tunisian man who killed 84 people when he drove a truck into a Bastille Day crowd in Nice were arrested overnight Saturday, a judicial source said.

continued two days after the savage attack on the Promenade des Anglais. 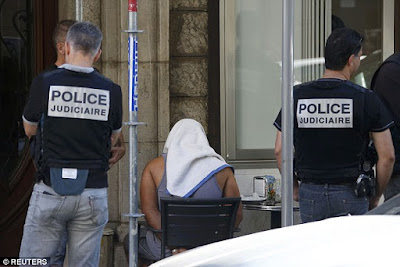 Officers arrested three people in Nice early on Saturday - and one on Friday night - in connection with the probe into the horrific incident.

French authorities were investigating whether the 31-year-old lorry driver had acted alone or with accomplices, and if his motives were connected to radical Islam.

The driver’s estranged wife is also still being held by police.