It was tit for tat at Nsukka in Enugu State last week, when a policeman, Corporal Robert Ugwanyi, was stoned to death for killing a commercial motorcyclist, Mr Festus Onah, shortly after he had come out from a restaurant, where he had gone to eat. 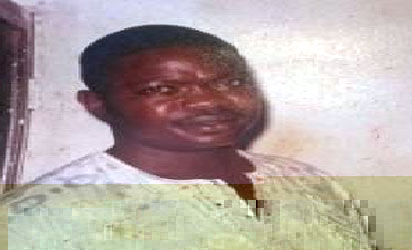 Late OnahOnah, whose skull was blown open by the policemen’s bullet, had his brains splashed all over the area, prompting a spontaneous attack on the policemen by passers-by and other onlookers.

Before the incident, residents of Nsukka had been grumbling over the activities of policemen and thugs attached to the state Ministry of Transport, who stop motorists for their “MOT particulars” only to end up extorting between N10,000 and N30,000 from them.

Government Council, were trying to compel or force traders to relocate to the newly completed Building Materials Market on the outskirts of the Nsukka metropolis.

South East Voice gathered that when the task force members were sealing building materials shops at the Beach Area, some members resisted, insisting that they had no reason to move to the new site as they were not affected by the local government by-law.

One of the traders was reportedly said to have told the task force members that he dealt on animal feeds, hence he was not affected by the directive. However, as argument raged, other traders from a near-by small food materials market and other passers-by gathered to watch the development. It was further said that as the argument was degenerating, Ugwuanyi, who was said to have recently come to Nsukka on transfer, reportedly fired a shot from his assault rifle.

The bullet hit the late commercial motorcycle (okada) rider, Onah, who was oblivious of what was going on and he died instantly. Late Onah, who was married and had six children, hailed from Ibagwa-Aka community in Igboeze South Local Government Area, and was alleged to have relocated from the North-East in the heat of the Boko Haram menace, to his home town, from where he travelled to Nsukka daily for his okada business.

However, as soon as the crowd noticed that the okada man was stone dead, they descended on the armed policeman and began to stone him until he became unconscious. His colleagues were said to have managed to collect his gun as he was being stoned before running back to the Nsukka Divisional Police Headquarters for reinforcement, before returning to the scene to rescue him.

However, it was already too late as doctors at the near-by Bishop Shanahan Hospital could not revive him and promptly referred the patient to the University of Nigeria Teaching Hospital, UNTH, Ituku-Ozalla on the outskirts of Enugu metropolis, but doctors could not attend to him there.

Ugwuanyi was again rushed to the Park Lane Hospital, Enugu, where the policemen carrying him were told that there was no bed space before he finally gave up the ghost.

The Police Public Relations Officer, Ebere Amaraizu, confirmed the deaths, saying that the Police were investigating the matter.