Congolese Singer Koffi Olomide has been jailed for a year for assaulting a female dancer in Kenya. 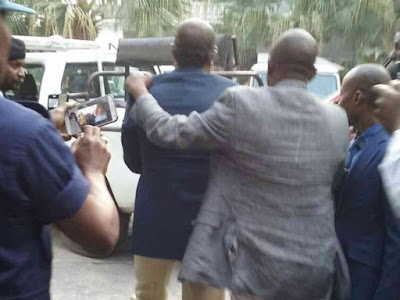 The Rhumba maestro was arrested on Tuesday at his home in Kinshasa in the Democratic Republic of Congo.

It was reported that he was taken to court shortly after and charged with the crime. He was found guilty and sentenced to a year in jail.

Olomide denied assaulting one of his dancers identified as Pamela. His lawyer George Wajackoyah

The singer apologised in a Facebook post on Monday, terming the incident a "moment of madness" but not after facing widespread condemnation and outrage since the video of the incident at JKIA was shared on social media.