The Head of Treasury Operations at Diamond Bank, Mr. Olaitan Fajuyitan, has told EFCC officials  that he transferred N1.2bn from the bank account of a company belonging to Gbolahan Obanikoro, a son of a former Minister of State for Defence, Musiliu Obanikoro. 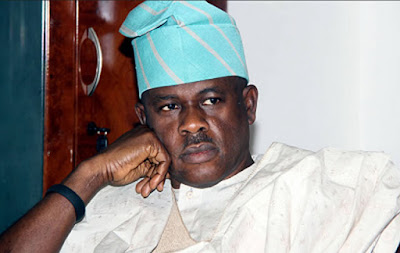 Fajuyitan said this in his statement of oath at the EFCC when he was quizzed by the anti-graft agency.

Punch reports the EFCC had invited the banker as part of investigations into the N4.7bn that was allegedly paid into Obanikoro’s son’s account by the Office of the National Security Adviser in June 2014.

The account named, Sylvan McNamara, with number 0026223714, has since been frozen by the anti-

Fajuyitan told detectives that on June 16, 2014, he was given an instruction by the bank’s Head of Operations, Mr. Premier Oiwoh, to transfer N1.2bn to some accounts.

“On June 16, 2014, my boss, Premier Oiwoh, told me to do a transaction for Sylvan McNamara. The instruction was for the payment of N1.2bn.“The customer’s physical instruction was that its account number, 0026223714, be debited with N1.2bn and pay the following people: Saturaki Bello, N200m; Yusuf Bulama, N120m; Chimenum Njoku, N250m; Franklin Tolani, N150m; Josiah Moses,  N280; and Abubakar Sadiq Zanna, N200m.“My supervisor (Oiwoh) asked me to provide the funds for the Cash-In-Transit unit for onward payment to the beneficiaries.”However, it was learnt that the cash, which was originally released for the six beneficiaries, was handed over to Gbolahan under the pretence that the six persons could not be located.

Damola Otuyalo, the Head of Cash-in-Transit Services, had told the EFCC that after receiving the money from the treasury unit, he was unable to pay the six beneficiaries the money and his director (Oiwoh) then instructed him to move the N1.2bn to the private wing of the Murtala Muhammed Airport, Lagos on June 17.