An HIV-positive Memphis woman bit an officer during an arrest Wednesday. 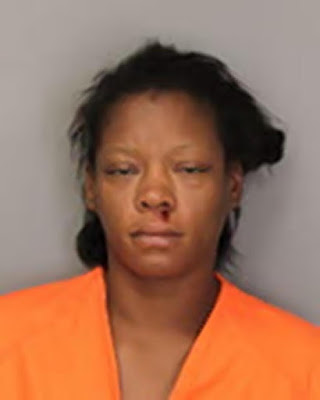 When taken to the hospital for treatment, she revealed she has HIV.

suspended. She had no proof of insurance, either.

Officers said they also found marijuana, crack and cocaine inside her vehicle, according to The Commercial Appeal.

From its back seat, Smith banged on the police car, and asked to use the bathroom after being arrested. When cops opened the car door and told her she could visit the restroom later, she tried to run away—so they restrained her, lowering her to the ground. That’s when she sunk her teeth into the officer, police said.

Police said that the foul bite drew blood from the officer’s left arm.

The officer was taken to the hospital where he was treated for exposure to HIV. He has since been released.