A university lecturer at the Delta State University (DELSU), Abraka, has been reportedly arrested in a hotel, trying to sleep with one of his students. 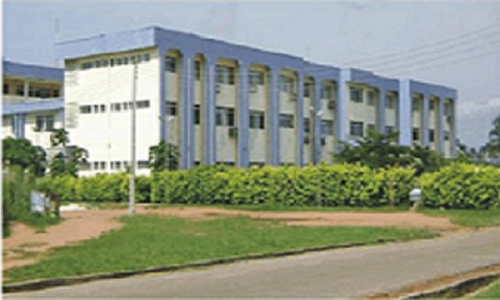 The lecturer, names withheld, was arrested naked at the Wembley Hotel in the University town with the student, Esther, who arranged the arrest.

Sunday Telegraph reports the victim told the police on July 19, last month, that her Course Adviser in Primary/ Nursery Education Department at the University has been harassing her sexually and threatening to fail her if she refused to yield to his sexual desire.

Two days after, during Mathematics examination, the victim raced to the police station to inform

detectives that she has agreed for a particular date for sex with the lecturer.

The state Commissioner of Police, Zanna Muhammed Ibrahim, at the command headquarters in Asaba, yesterday, said the lecturer was caught naked and ready to take on the student.

“Based on the complainant’s feigned acceptance of the suspect’s demand, she was taken to Wembley hotel, Abraka, by the suspect on, where detectives were invited and arrested him in the hotel room after he had already undressed,” he said.While the CP said investigation had commenced on the matter, he said on the same day, a 52-year-old man was caught defiling a seven year- old girl in Sapele axis of the state.

According to him, a woman residing at Fobie Lane, off New Road Sapele reported the matter at the police station.

The victim, Sunday Telegraph gathered went out to play with other children in their neighbourhood but returned home crying and complaining of pain in her private part. On close observation, the mother discovered protrusion and bleeding in the minor’s genital.

The victim revealed to her mother that Papa Rukewe, a former Councillor in the area, dragged her to his backyard and put one of his hands inside her private part, while using the other hand to cover her mouth to prevent her from shouting. She added that the suspect later had carnal knowledge of her.

The suspect, however, said he was wrongly accused.