Darkness Vlad Tepes, 25, who changed his name by deed poll, says he has been living as a claret sucking prince of darkness since he was sworn into a coven 13 years ago. 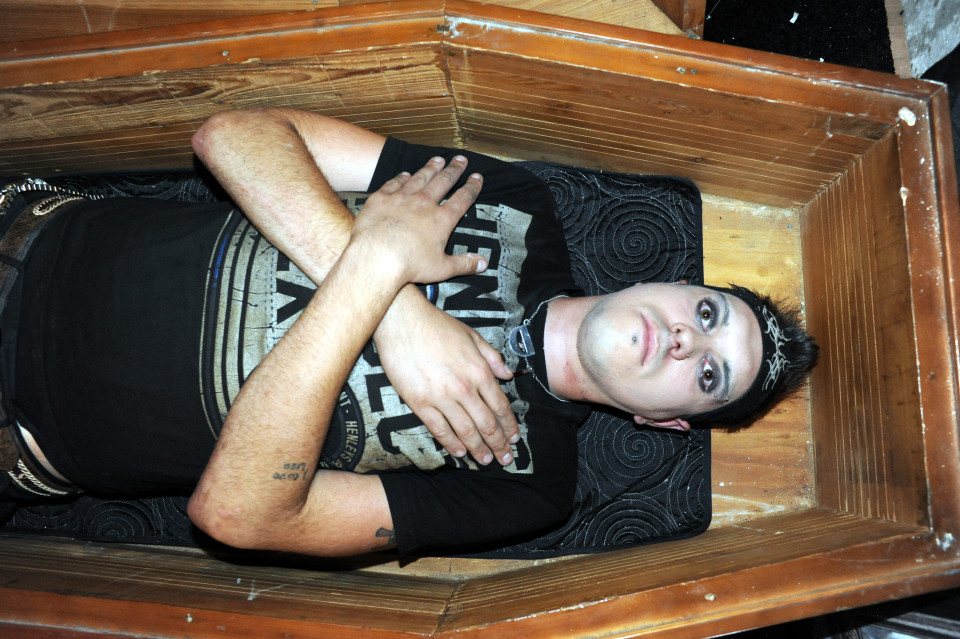 The 6ft6in tall vampire claims to drink pig and cow’s blood and also lives in a custom built casket.

However, Darkness insists that the abuse he suffers from mortal humans is similar to that of tragic Sophie Lancaster, 20, who was murdered in 2007 for dressing like a goth. 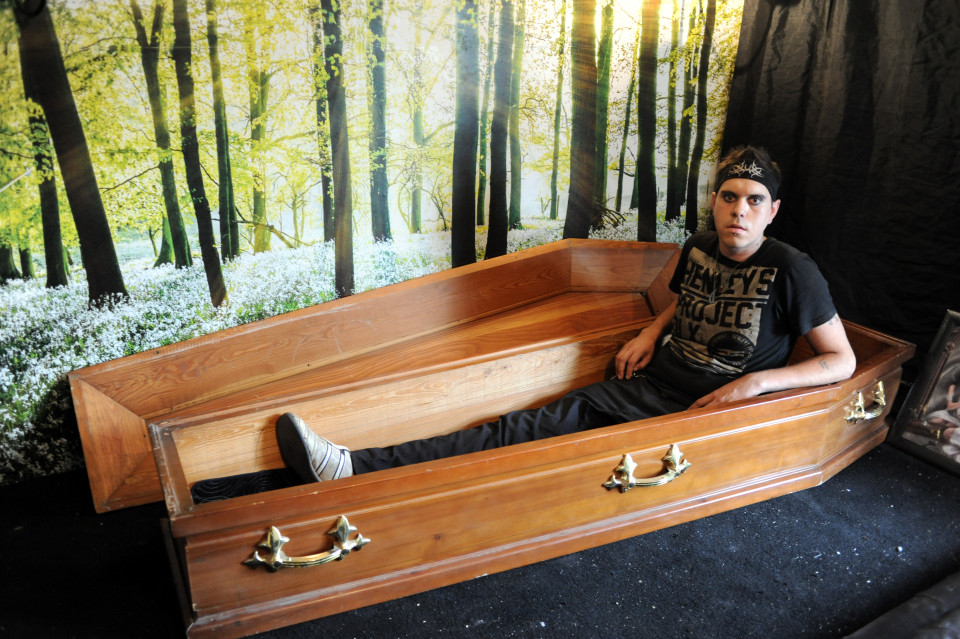 The affable Dracula fanatic spoke about being abused while drinking in a pub in Oswaldtwistle, Lancashire.

He said: “I went into the pub with two mates and a lad piped up and asked if I was abused as a child when I was young because of the way I look.

“I felt so ashamed and embarrassed that I would get asked such a personal question based on my choice of lifestyle.

“Everyone has their beliefs and I don’t believe I should be persecuted for following mine.

“It’s this kind of behaviour that cost the life of Sophie Lancaster in Bacup in 2007. 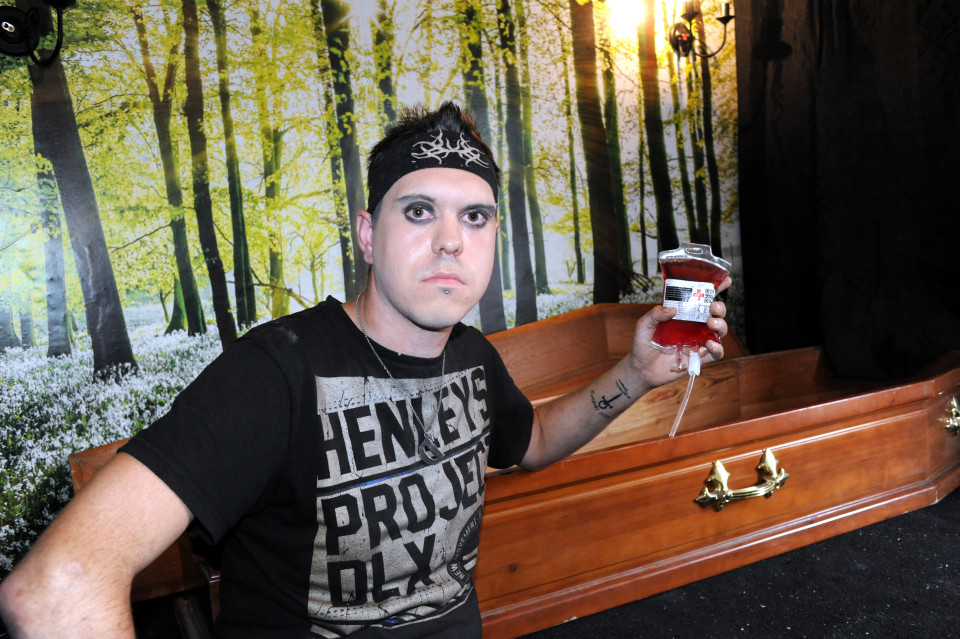 He said: “My life was always a secret until I came out two years ago.

“I first learnt about vampires when I was 13 and growing up in Galway [Ireland].

“I was taking my dog for a walk through the woodlands and I saw a group of girls dressed up and I thought they were zombies.

“I ran home because I was scared at first, but then I became really curious.

“One day I found them again, and they initiated me into their coven, and I have been a vampire ever since. 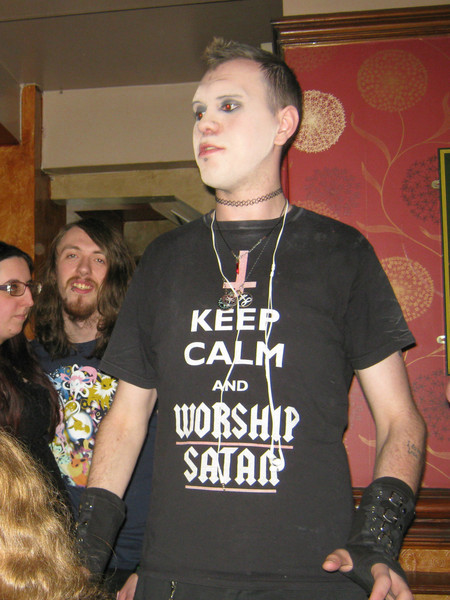 “To be a vampire is to believe that I have a living body but a dead soul.

“But I think there’s a lot of preconceptions about being a vampire from films and books like Twilight or Dracula.

“Garlic doesn’t affect me and I can quite happily walk around in the sunlight.

“The coffin is purely a choice option to being a vampire, it’s one that I do because it feels right.”

Since moving to Blackburn in 2012, Darkness claims to have been a high ranking vampire in East Lancashire coven ‘Underworld’.

He said: “Being a vampire is difficult and of course there are struggles in everyday life.

“But I’m happy to stand by my choice.”

Sylvia Lancaster, Sophie’s mother, has expressed her support for Darkness.

She said: “The sad part is we hear these kind of stories all the time.

“It is far more common than people realise, and it is completely out of order.

“People should be allowed to wear what they want and have the freedom to express themselves free from persecution.”