A couple's honeymoon is supposed to be their first celebration of married life, but one pair of newlyweds have hit an immediate bump after one of them lost their passport before the trip. 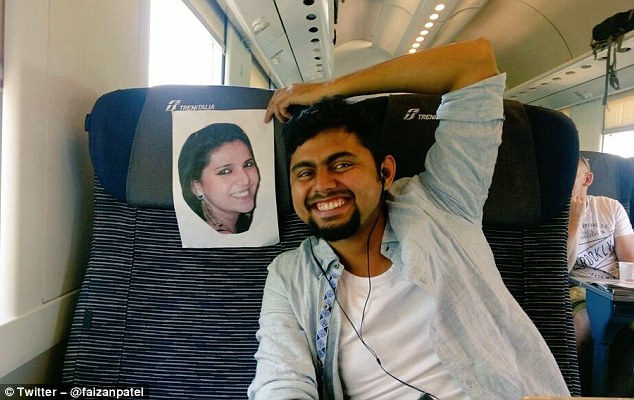 Indian couple Faizan Patel and his wife Sana were preparing to leave for their two-week trip to Italy earlier this month when Sana discovered her travel documents were nowhere to be found.

So poor Faizan was forced to start the first leg of their holiday on his own.

The photographer is trying to look on the bright side though, after landing in the Mediterranean country, he tweeted an image of himself travelling on a train with a picture of his wife on the chair next to him for company. 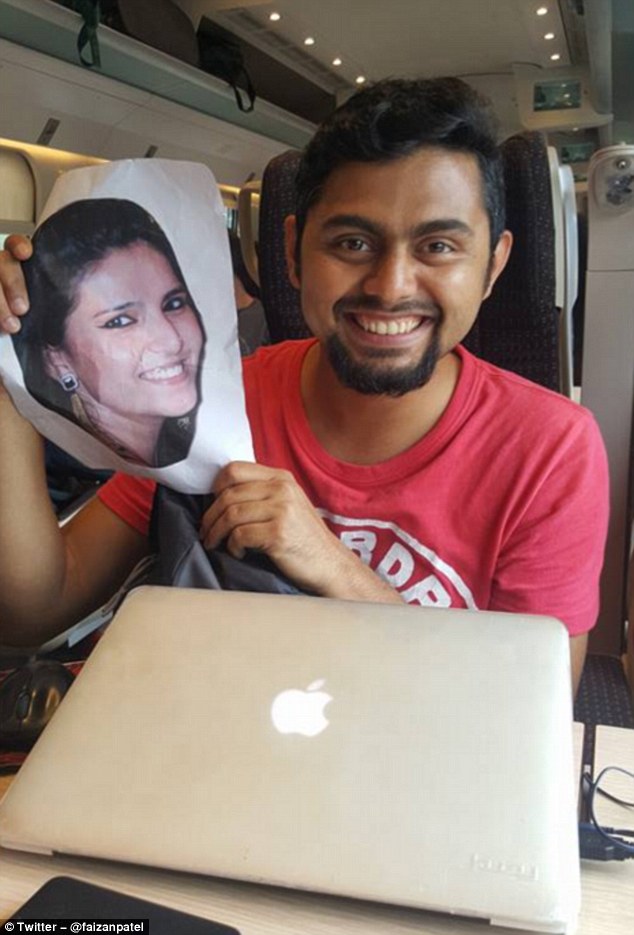 He captioned the image: 'This is how I am travelling with my wife as of now', and copied in the Indian Minister of External Affairs Sushma Swaraj.

Fortunately for Faizan, Swaraj caught sight of the tweet and replied, asking his wife to get in contact and promising the speedy issue of a duplicate passport.

It was initially thought that Sana wouldn't manage to get a new passport in time, but the couple are now hoping that she could arrive in Italy as soon as this weekend. 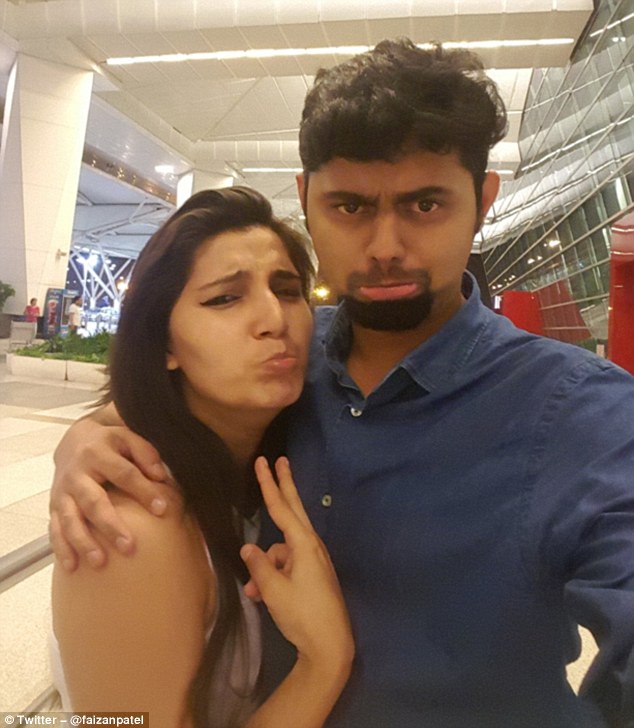 She has been in talks with the Indian Visa Application Centre, who are hoping to secure a new visa for her to visit the country over the next two days.

Faizan told CNN: 'This trip was entirely planned by her, I wish to see her next to me soon.'

The story comes just a month after a pictures of a woman from Pakistan on her 'husband-less honeymoon' went viral - her spouse was denied a visa for their holiday.